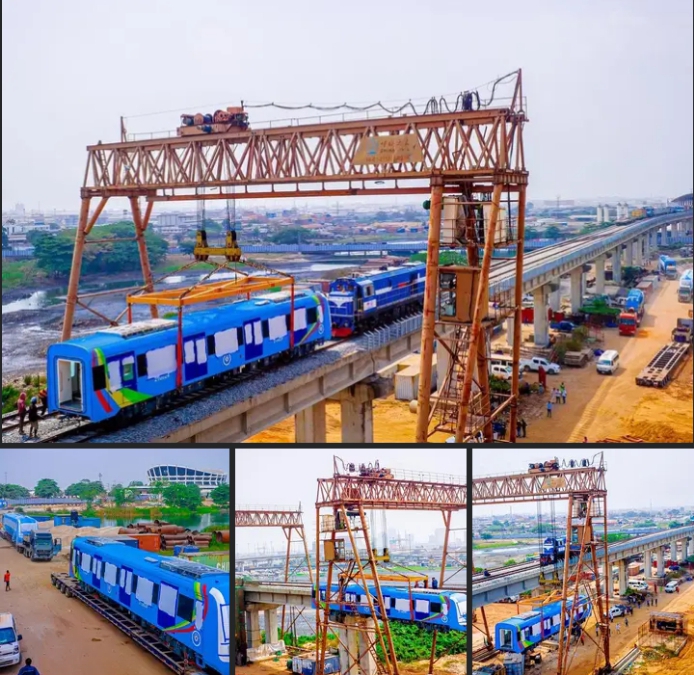 The Lagos State Government, Babajide Sanwo -Olu has announced that the state has taken delivery of two new trains set for the blue line rail.

Sanwo-Olu made this known via his Twitter page on Monday.

He wrote, “Dear Lagos, we have taken delivery of two new train sets for the blue line rail.

“These passenger trains have been cleared at the port of entry, and have been moved to the National Theatre station where they have been lifted onto the elevated rail tracks.

“I am indeed glad to inform the good people of Lagos that with the arrival of these train sets, we’re on course with our plans to change the face of the rail transport system in Lagos State. A Greater Lagos is indeed Rising.”