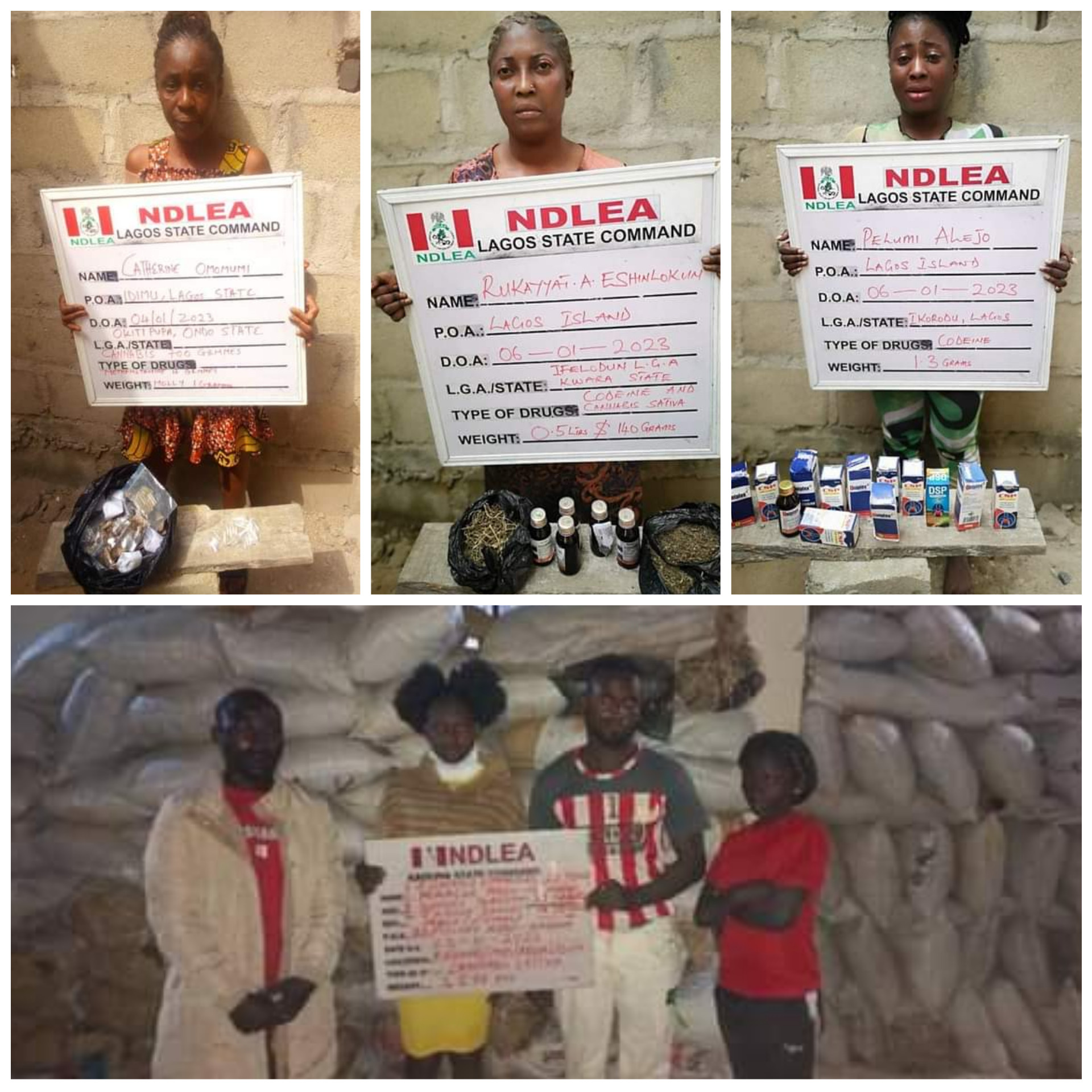 Operatives of the Nigerian Drug Law Enforcement Agency (NDLEA) have conducted raids in Kaduna, Kano, Imo, and Lagos where they confiscated 3,975kg of skunk and 58,200 tramadol pills. They also arrested 12 suspects, including five women.

Spokesperson of the command, Femi Babafemi, disclosed this in a statement on Sunday, January 8, 2023.

According to him, no less than 37.5 kilograms of illicit consignments were intercepted in the past week, with the arrest of 11 suspects in interdiction operations that led to the seizure of almost four tons of skunk in Kaduna, Kano and Lagos state.

At the Lagos airport, a freight agent Ogunsina Damilare was arrested on Friday 6th January following a bid to export 1.5 kilograms of skunk hidden in foodstuffs to Dubai, UAE through the SAHCO export shed of the MMIA.

A total of 3, 672 kilograms of cannabis sativa were recovered from two locations and five suspects arrested in Kaduna during separate raid operations. Arrested at a warehouse at Rido village on Wednesday 3rd January include: Edward Emmanuel, 28; and Miracle Madu, with 298 bags of C/S weighing 3,576kgs.

Investigations revealed that the consignment was moved from a southern state to Kaduna in a petroleum product bearing truck.

Also, two other suspects: Sunday Bassey, 29 and Jessica Daniel, 14, were nabbed with 96kgs of same substance at Gonin Gora area of the state, while Sanusi Isah, 30, was arrested on Saturday 7th January at Giwa area with over 12,000 tablets of Tramadol 225mg and Diazepam.

In Kano, NDLEA operatives on Saturday 7th Jan. intercepted Kabiru Abdulhamid, 40, with 119 blocks of C/S weighing 73kgs at Semugu area, while a total of 28,400 tablets of tramadol and over 230kgs of cannabis were seized in raid operations in Festac town and Lagos Island areas of Lagos state.

Some of the suspects arrested in the Lagos raids include: Rukayyat Eshinlokun; Pelumi Alejo and Banna Maina who specializes in distribution of illicit drugs disguised as a dispatch rider.

In Imo state, a suspect, Amechi Moses was arrested in a follow up operation on Friday 6th January following the interception of 29, 800 tablets of Tramadol 225mg in a commercial bus along Owerri – Onitsha road going to Aba in Abia state.

Chairman of NDLEA, Brig. Gen. Mohamed Buba Marwa commended the officers and men of DOGI, Lagos, Kaduna, Kano and Imo Commands for the arrests and seizures.

He charged them and their compatriots across the country to intensify the heat on drug cartels in Nigeria while balancing their efforts on supply reduction with drug demand reduction activities. 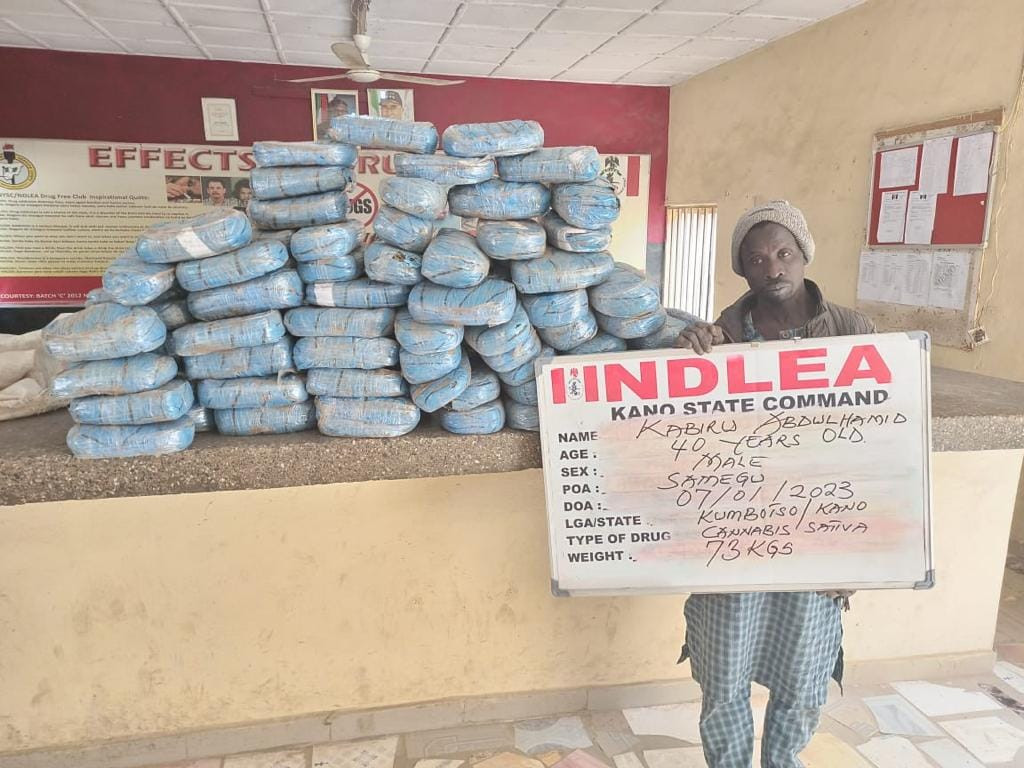 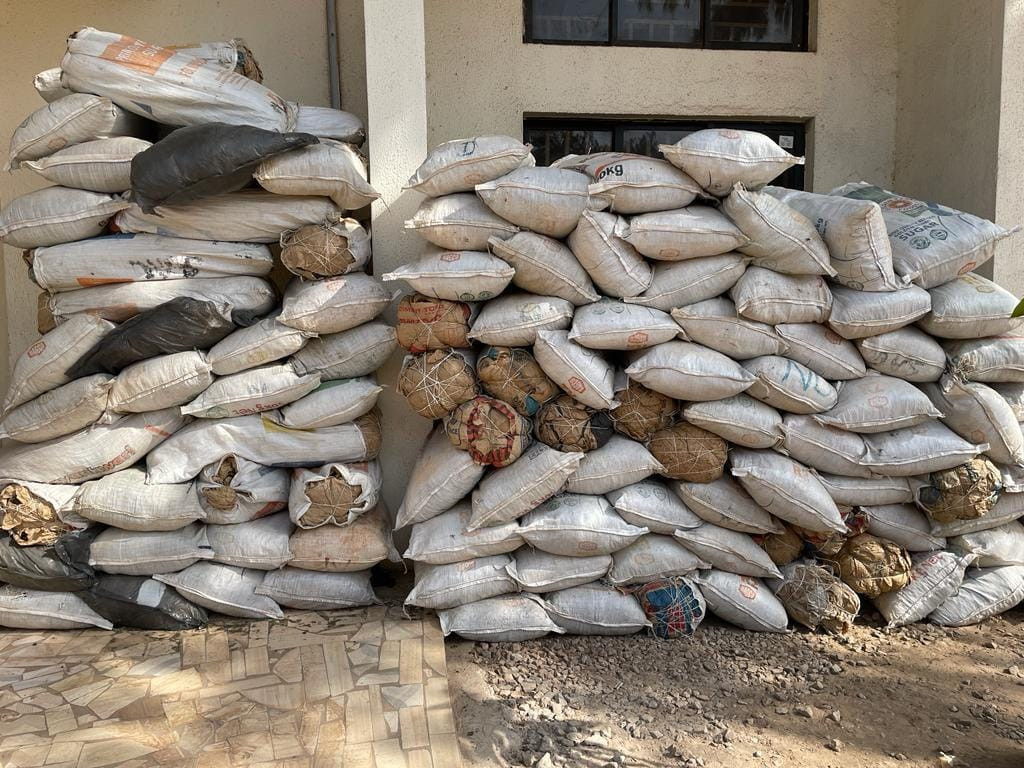 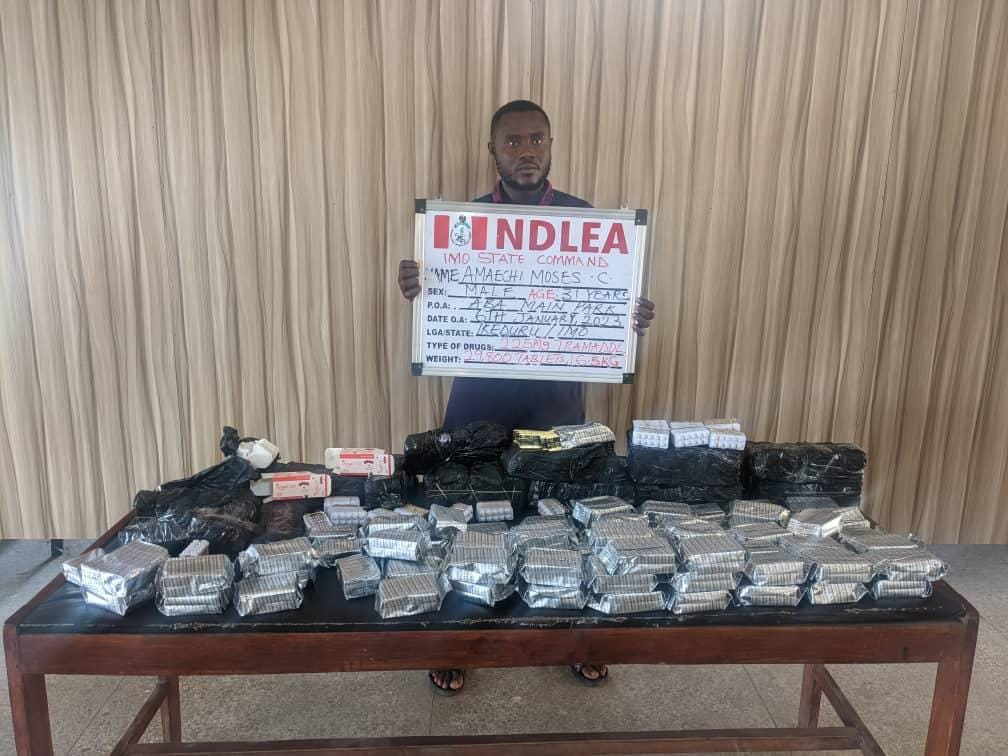 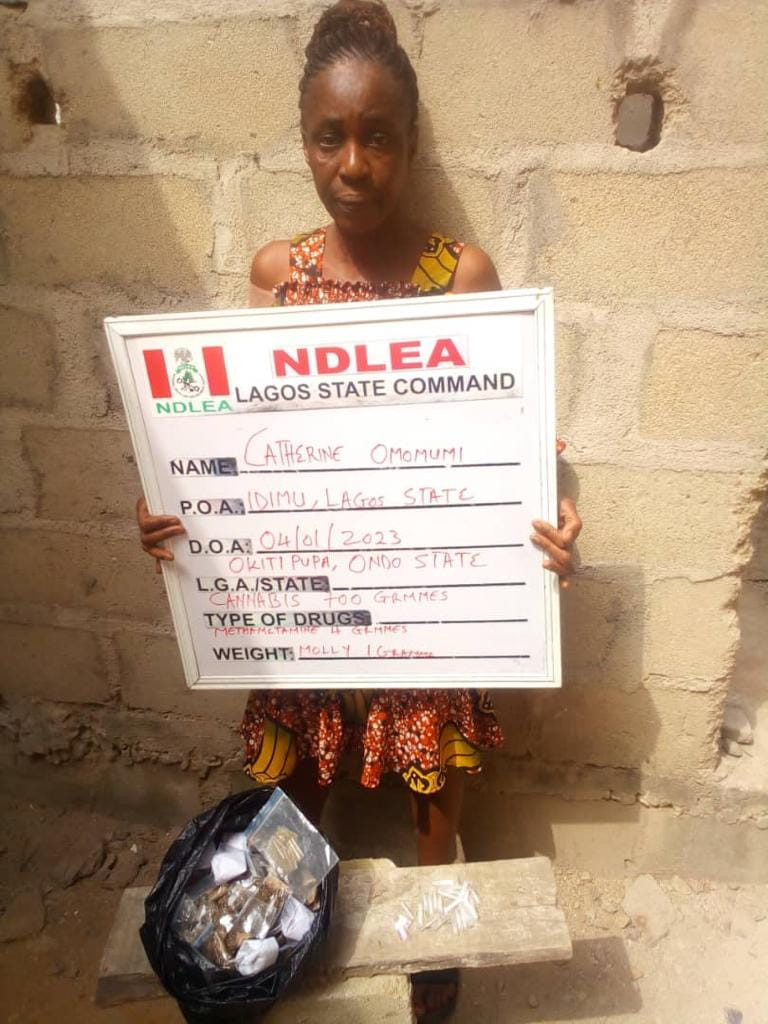 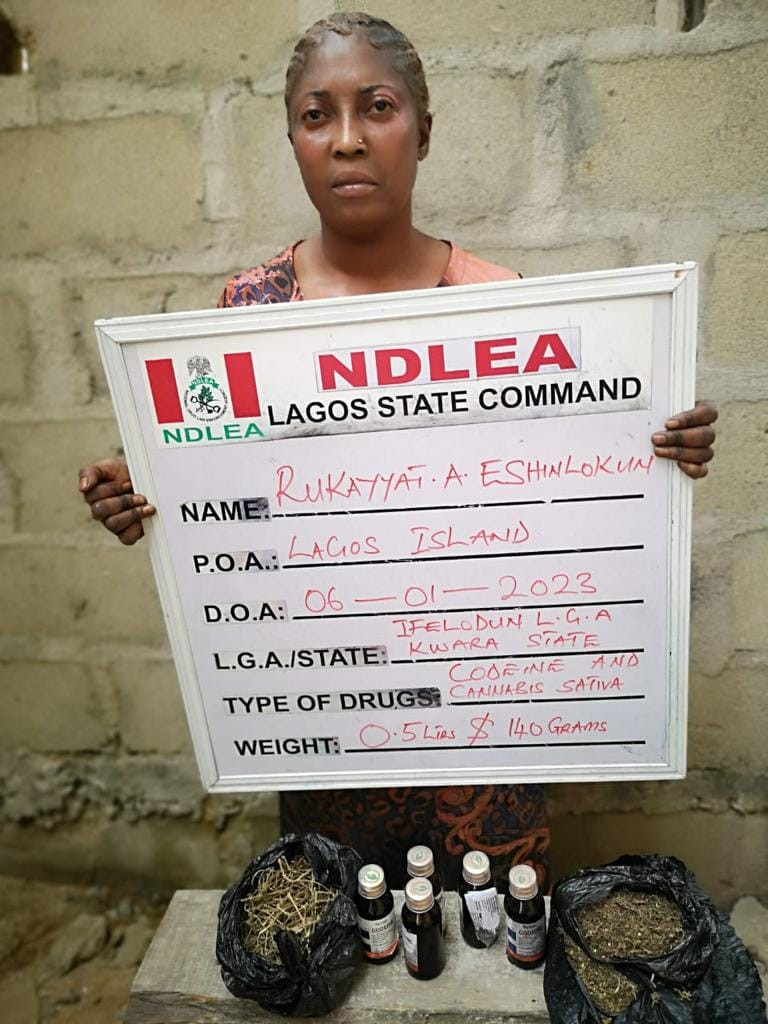 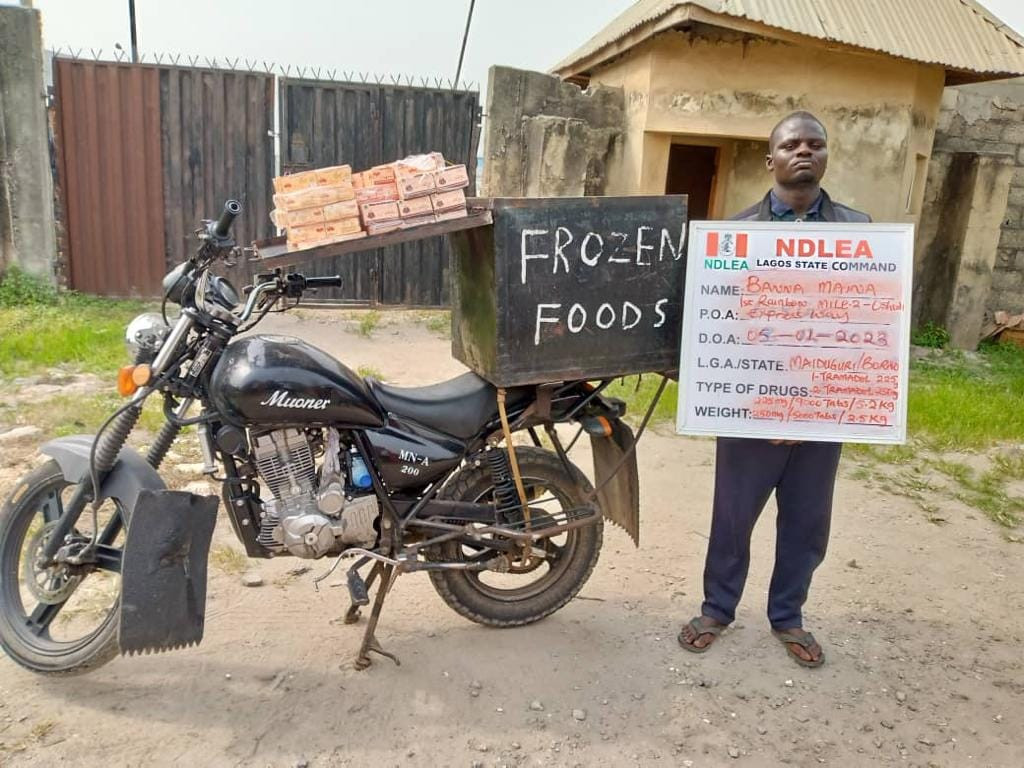 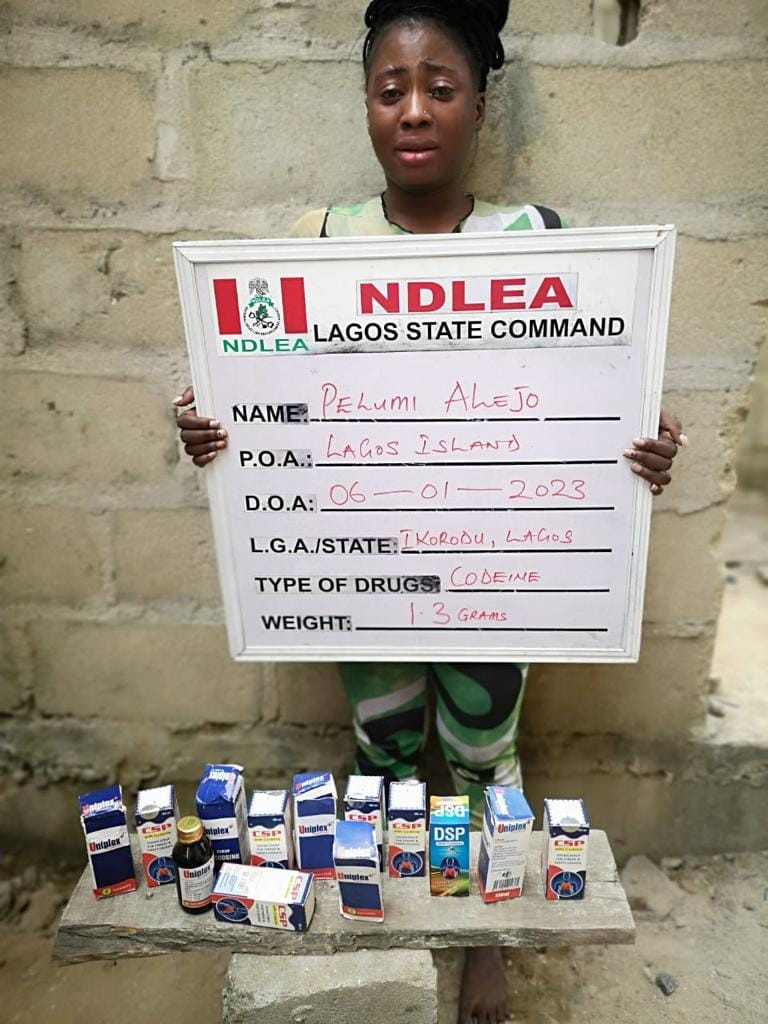 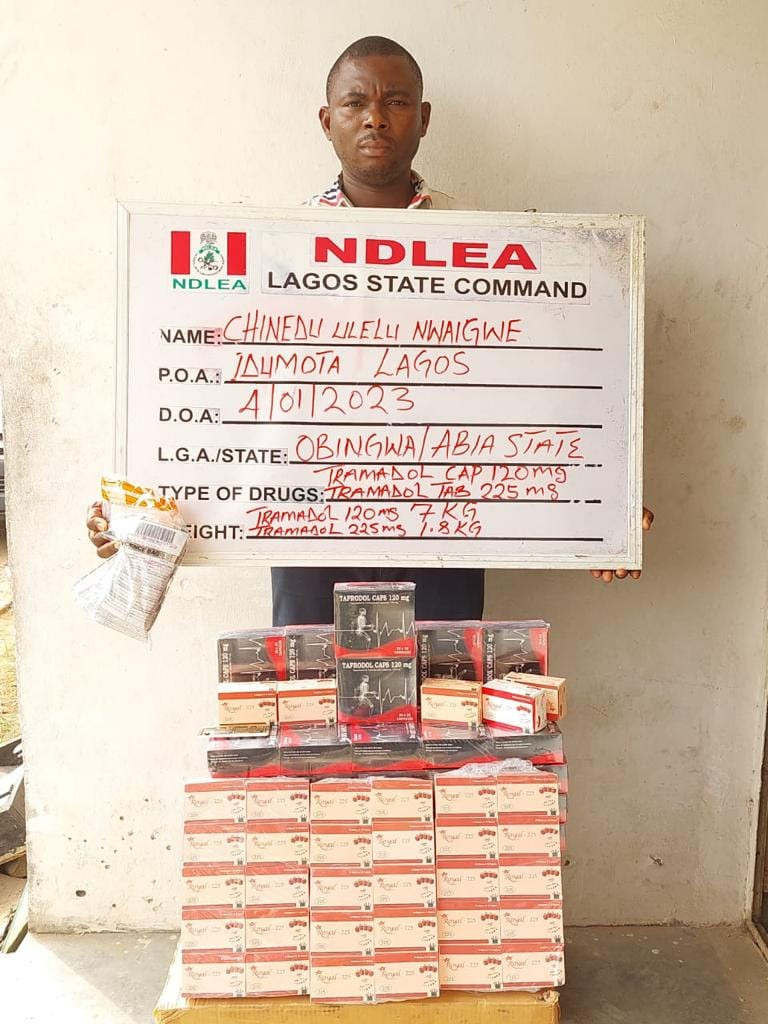