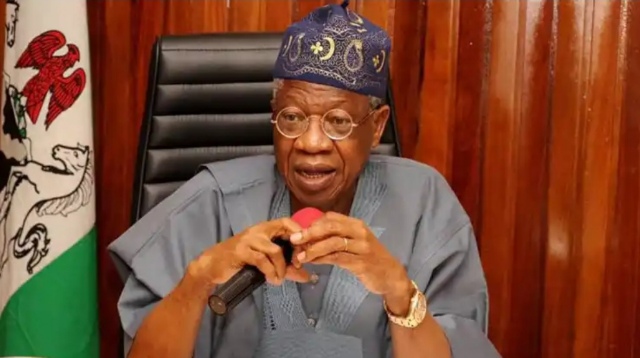 Lai Mohammed, the minister of Information and Culture, has accused the opposition of discrediting and distorting the achievements recorded by President Muhammadu Buhari since he assumed office in 2015.

Stating this on Monday in Abuja at the 16th edition of the PMB Administration Scorecard, Mohammed dicredited opponents’ claim that Buhari achieved nothing in the area of infrastructure.

The minister said that Buhari did not only perform exceptionally in infrastructural development, but also performed better in all sectors of the Nigerian economy.

He said, “Between the last edition of the PMB Administration Scorecard Series on Dec. 22nd, 2022, and today’s opening edition for 2023, a lot of things have happened in the polity.

“But the most significant have been naysayers and the opposition trying to distort the achievements of President Muhammadu Buhari for their selfish ends.

“While some of the Administration’s fiercest critics said we have achieved nothing, others have admitted, though seemingly tongue in cheek, that it’s only in the area of infrastructure that the Administration has performed.

“Well, I want to say that both groups are wrong, very wrong. Yes, infrastructure development under the Buhari Administration is unprecedented since the nation’s return to democratic rule in 1999, and it has set the country on the path of development. But no, our legacy is more than infrastructure,” the Minister said.

He stated the Buhari Administration is leaving a legacy of a social investment program that is unprecedented in the whole of Africa and that has enhanced the quality of life of the beneficiaries.

READ ALSO: New Year: I Have Done My Best For Nigeria – Buhari Insists

“Our pace-setting social investment programmes like N-Power, School Feeding, Conditional Cash Transfer, and GEEP (Government Enterprise Empowerment programme) have benefitted millions of our citizens, both young and old, and this can neither be trivialized nor denied.

“The Buhari Administration is leaving a legacy of putting Nigeria on the path of self-sufficiency in many staples, including rice.

“Little wonder that Nigeria, which was the number one export destination for rice in 2014, according to Thai authorities, is now ranked as number 79,” the minister noted.

Mohammed added that Buhari had to ensure inclusiveness in the development process and that there is no state in the country that is not witnessing at least, a road, bridge, or housing project.