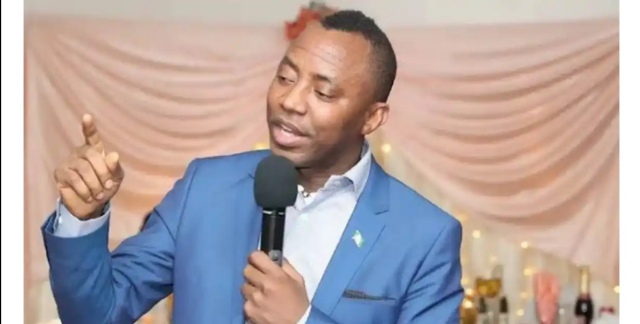 The presidential candidate of the African Action Congress (AAC), Omoyele Sowore, says that what Nigeria needs to solve its foundational problem is a new constitution, not an amended one.

Sowore who also revealed that his party is dominated by youths said this on Wednesday while featuring on Impact Radio in Ibadan, the Oyo State capital.

He said, “AAC has no youth leader because it was created and dominated by the youths. He said the youths have always been at the frontline of political activities in Nigeria. The youths fought for independence and won. They also fought for democracy and won.”

He noted that other political parties should also allow their youths to take up important positions in their parties.

Addressing the problems of the country, he described the problems as two-fold; institutional and foundational.

He said, resolving the foundational problems will resort to creating a brand new constitution which would be agreed upon by all Nigerians.

Sowore hinted that the constitution currently in use was created by the military using a decree, without considering if people want to coexist peacefully.

“Restructuring for a lot of people depends on where they come from. It has different definitions for different people. Nigeria is a diverse country. While some people want state police, some want to control their resources, some said it’s about devolution of power, whereas all these are not enshrined in the constitution.

“Amending the constitution is a waste of time and resources. Constitution that is all encompassing is what is needed.” he said in response to a question on restructuring.

“The people form their own structures and pledge allegiance to candidates from time to time as it suits their own agenda. The structures on display are the transactional structures which are only used in election period.

“That is not a structure but a stomach infrastructure. He urged the people to constitute the structure of any genuine political movement. Any structure that is not rooted in the minds of the people is not worthy to be called a structure,” he said.