Tinubu’s Aspiration Not Good For North, Reject Him – Arewa Group 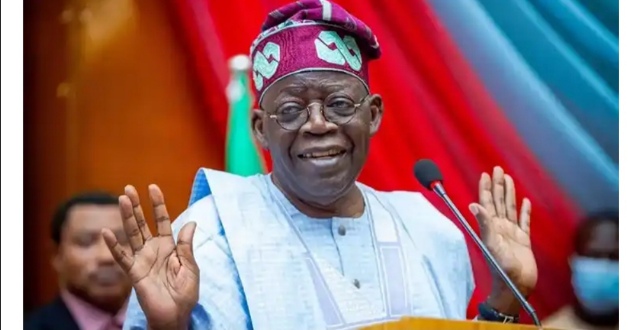 Arewa Democratic Watch (ADW), a Pan-Northern group has urged northerners not to vote for the of All Progressives Congress (APC) presidential candidate, Bola Ahmed Tinubu since his reliance on governors in the North to win election in the zone is bound to fail.

The group said, rather than wooing key leaders in the North, Tinubu has been relying on governors to win, which won’t work out for him.

This was contained in a statement issued by its national coordinator, Ali Komo Musa in Kaduna, who clearly urged voters in the region not to vote for Tinubu in next month’s presidential election.

According to Musa, voters in  the North need to be wary of anti-North sentiments allegedly espoused by Tinubu in the past.

“I am using the opportunity provided by this statement to draw the attention of Northerners to their responsibilities ahead of the forthcoming general election scheduled to commence next month.

“The call has become so pertinent and auspicious at this time to enable us as a people to make the right and informed choice that would eventually serve our interest in the long run,” Musa wrote.

He added, “How do you want us in the North to trust someone who had in the past been calling for Resource Control and True Federalism? Don’t forget that he once granted an interview to an influential newspaper in the South to say that he didn’t believe in Nigeria,” he said.

The group further faulted the campaign style of Tinubu which he stated is not grassroot based.

However, they called on security agencies to invite the APC presidential candidate for questioning in relation to the so-called Tinubu’s Army which portends a danger to the stability and peace of the country.

Musa said, “We must work to ensure that the candidate that would work for the North is elected next month and not a pretender.”