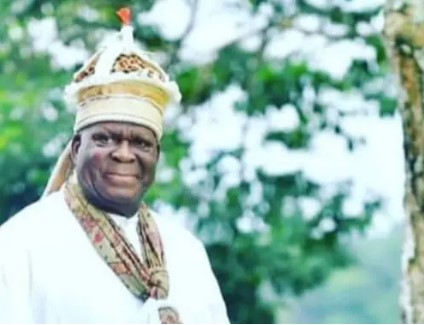 The Etuboms Traditional Council has re-selected and proclaimed Edidem Ekpo Okon Abasi-Otu V as the Obong of Calabar.

This was announced in a statement at the Obong’s palace in Calabar, the Cross River State capital, on Wednesday evening in compliance with the recent Supreme Court judgement.

Recall that the Supreme Court had ordered a fresh selection process following the litigation dating back to over a decade that had trailed his selection.

The rigorous processes, which started five days ago, culminated in the re-selection and proclamation of Ekpo Otu Abasi as the Obong of Calabar, being the only contestant to the throne.

Reading a statement to journalists in the Obong’s palace, Etubom Offiong Effiwatt, Chairman of Etubom Conclave, the Efik Kingmakers, said the selection and proclamation was done in strict compliance with the Etuboms Council Constitution of 2002 and rules if natural justice.

“Among other things, the Etubom’s Council has complied with the Supreme Courts Order and taken all the necessary steps leading to the convening of the Etuboms’ Conclave and conducting a selection process and found Ekpo Okon Abasi Otu of Attai Bocco House of Western Calabar, who was presented as nominee by the most senior Etubom of Atai Bocco group, Etubom Otu Effa Otu as provided for by the Constitution of Etuboms’ Council 2002, was found fully qualified and satisfied by his credentials and therefore proclaimed him a successor to the throne of Obong of Calabar.”

The statement, which was signed by 13 Etuboms and two other Etuboms in acting capacity declared that all necessary steps were taken in compliance with the Constitution of Etuboms Council 2002.