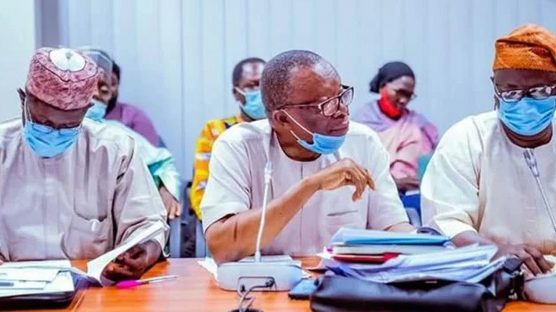 President of Academic Staff Union of Universities (ASUU), Emmanuel Osodeke, has said Nigeria’s military era was more sympathetic to the plight of lecturers than the current civilian administration.

Osodeke revealed this at the unveiling of 50 tertiary textbooks published by Nigerian authors under the sponsorship of the Tertiary Education Trust Fund (TETFUND), in Abuja on Thursday.

Commending the TETFUND, he said, “Thank you very much for this honourable minister and all of us who are present here today. I want to thank my colleagues for raising the issues and I think it is very important. I will just say a little thing about what is TETFUND and how did it originate?

“In 1992, the union was on strike and negotiating how we use to do then few years ago with Obafemi and co, and when we finished, the government said how can we fund it and we said challenge us, we will tell you how to fund this agreement. And they challenged ASUU, it didn’t take 3days and we came up with this idea of TETFUND, which was accepted by government then military. I have seen that the military are even more sympathetic… Then TETFUND came into place. The decree was signed 1993. ASUU had to go on strike the third time to ensure that TETFUND board is funded and the money was released.”

Addressing the ‘no work no pay’ policy of the Federal Government against striking lecturers which has resulted in eight months of unpaid salaries, Osodeke called on Nigerians to increase pressure on the government to save tertiary education from collapse.

He further commended the agency for transforming the nation’s higher education sector while describing TETFund as a brainchild of the union.

The ASUU president called for increase of education tax from the current 2.5percent to 10 percent to enable TETFund mobilise more funds to totally address challenges confronting the sector.

Osodeke decrying the poor attitude of some companies and wealthy Nigerians on the payment of education tax, he said there is need to reposition and expand the education tax net to bring about more resources for tertiary education institutions.

Adamu Adamu, the Minister of Education, who unveiled the 50 new textbooks said the publications would end the dominance of foreign academic materials in the nation’s education institutions.

“It is equally worrisome that the quality of most academic publications in our country leaves much to be desired. It is therefore expected that nourishing the culture of quality authorship and the production of indigenous books will not only ensure the availability of relevant books in the diverse subject areas taking cognizance of our local environment and sensitivities but will also safeguard national pride and reduce the demand for foreign exchange.”

The minister also urged TETFUND and the academia to go beyond publishing in English Language to promoting authorship in local languages in line with the recently approved National Language Policy.

The Executive Secretary of TETFund, Sonny Echono, in his remark, said the fund has set a minimum target of 50 textbooks per year, while assuring that the newly published books would be distributed to tertiary institutions’ libraries at no cost.

“All the books we have published so far, the initial publications are going to be distributed to the libraries of our tertiary institutions free of charge. It is the subsequent publications that students will be buying or other researchers will buy,” he said.