Buhari Set To Campaign For Tinubu in 10 states – APC PCC 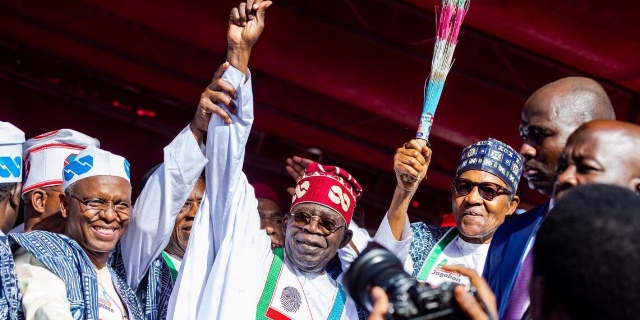 The Presidential Campaign Council (PCC) of the All Progressives Congress (APC) has issued a revised campaign timetable indicating that President Muhammadu Buhari would attend the party’s presidential campaign in at least ten states of the federation.

Spokesperson Keyamo also said the president would also be physically present at the rallies in Cross River (January 30), Nasarawa (February 4), Katsina (February 6) and Imo (February 14), adding that he will participate in the grand finale of the APC presidential campaign in Lagos on February 18 ahead of the February 25 election.

Recall the President had, on 15 November 2022, attended the flag-off of the APC presidential campaign in Jos, the Plateau State capital, after which he stayed away from campaign activities, a development that triggered speculations that he had little or no commitment to the Bola Tinubu-Kashim Shettima presidential ticket of the APC.

However, Buhari’s decision to rejoin the campaign has sparked excitement in the APC PCC, with Keyamo describing the development as the president’s demonstration of “further personal commitment to the election of Asiwaju Bola Tinubu”.

“The PCC expresses its profound gratitude to President Buhari, the leader of our great Party, for his sterling and inspirational leadership at this time and for galvanising our teeming members and supporters across the country.

“We urge our party faithful and supporters to turn out en masse, as usual, in the forthcoming campaign rallies. The zero hour is nigh; our spirits must be high; we must not relent in this collective march to our victory that is divinely ordained,” Keyamo said.