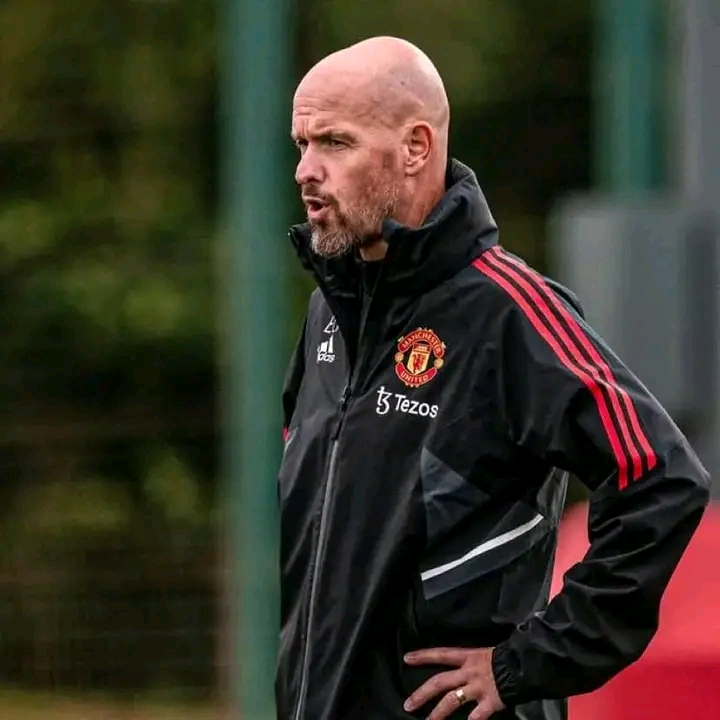 Manchester United Head Manager, Erik ten Hag has confirmed he is under huge  pressure to deliver a top-four finish in his first season as Manchester United manager after spending a club record £220million on new players in the summer.

The Red side of Manchester are in fifth place in the table as the Premier League prepares to restart on Boxing Day following the World Cup.

United dropped to Europa league this season after finishing fifth in May, and Ten Hag knows he is expected to make the top four – even more so after buying Casemiro, Antony, Lisandro Martinez and Tyrell Malacia in the summer and signing Christian Eriksen as a free agent.

‘I accept how it is, I accept that pressure,’ said the United boss. ‘But also for the manager of Chelsea and of Newcastle United, those clubs who have invested a lot in their squad.

‘It’s big pressure for all of us to get into the top four. We want to be in the top four and fighting for trophies, that’s our aim.’

United are back in action against Nottingham Forest at Old Trafford on Tuesday, and Ten Hag added: ‘We are aware the competition is tough, but that also counts for the seven or eight clubs fighting for the top four.

‘For anyone watching the Premier League it is great for them, it’s very exciting for them. I’m looking at a process of how we are performing.

‘Of course, we have to get the results as well but the process is right. We are making progress and I think we have a good opportunity and a good chance to make that top four.’