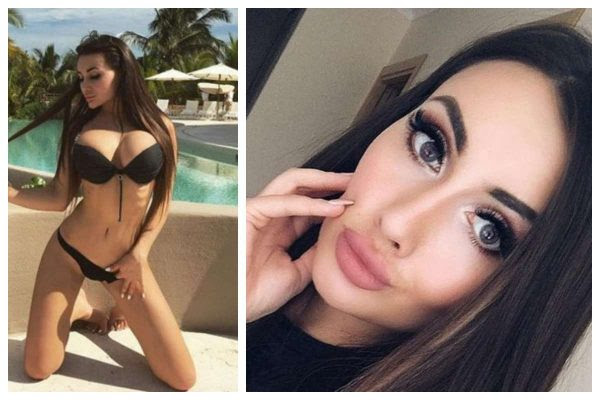 An Instagram model, Kira Mayer, who offered to have sex with traffic policemen in order to evade arrest has been sentenced to 18 months in jail.

Kira Mayer pleaded guilty to attacking a police officer after she was pulled over in her Mercedes in Moscow, Russia.

The 24-year-old had reportedly offered ‘solo or duet’ sex to police in an attempt to avoid charges, according to law enforcement sources cited by Russian tabloid Komsomolskaya Pravda.

The two male police officers reportedly ‘declined her offer and detained her’ but her plea accepting the charge of assaulting a police officer meant ‘intimate details’ of the case were not aired in court. She told the court;

‘I completely agree with the charge brought against me. ‘I repent and apologise to the victim.’ She later added: ‘When I’m very worried, I get screwed up. But I am trying to control myself.’

According to Russian reports, Mayer lashed out after being stopped by police who discovered she had a previous driving ban.

She was charged with scratching and kicking officers after being told she could not drive further.

Mayer will now serve her 18 months at a low security prison in Russia.

It was reported that Mayer did not expect that she would be sent to jail and wept when the sentence was read out.

Kira Mayer’s lawyer said that he would appeal the verdict. He believed that the influencer-status of his client on Instagram would save her from jail.

She has closed her Instagram account where she had posted a number of photos and videos, gaining 148,000 followers.