Robber Hit By Car After Attacking Man At Gunpoint 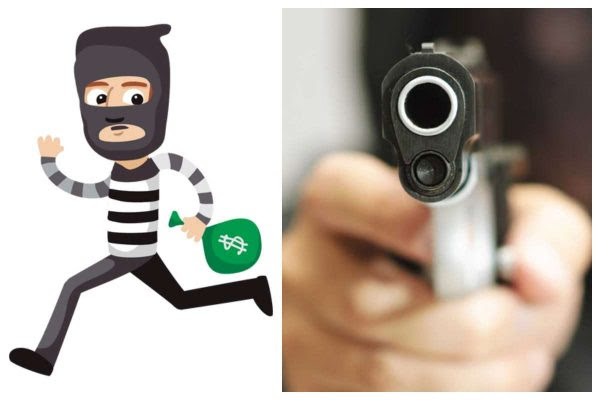 An armed robber is now in police custody after he was hit by a car after attacking a man at gunpoint.

The robber and his accomplice stormed a scrapyard in South Africa on Friday. They ordered the owner at gunpoint to hand over R4 000 in cash meant for paying scrap collectors before fleeing on foot.

About 100m away from the scrapyard, one fleeing robber was hit by a car as he tried to cross the road.

The money and the gun he held tightly in both hands flew into the air.

Passersby picked up the money and traffic on the busy Brian Mazibuko Road in Tembisa, Ekurhuleni, came to a standstill.

Someone called an ambulance to attend to the robber, who was lying on the ground bleeding. The second robber saw what had happened and fled.

Cops arrived and started looking for the gun that had been tossed into the air when the thug was hit by the car.

Mduduzi claimed cops were not willing to arrest the suspect because they wouldn’t believe him when he told them the man had robbed him and was carrying a gun. Mdudzi said;

“They thought it was just a person who was hit by a car.“I became worried and searched for the gun and found it in the grass on the other side of the road. “I handed it over to cops. I thank God and my ancestors. I prayed hard after he took the money. I’m glad they heard me and punished him.”

The suspect was arrested at the scene and taken to Tembisa Hospital for medical examination.