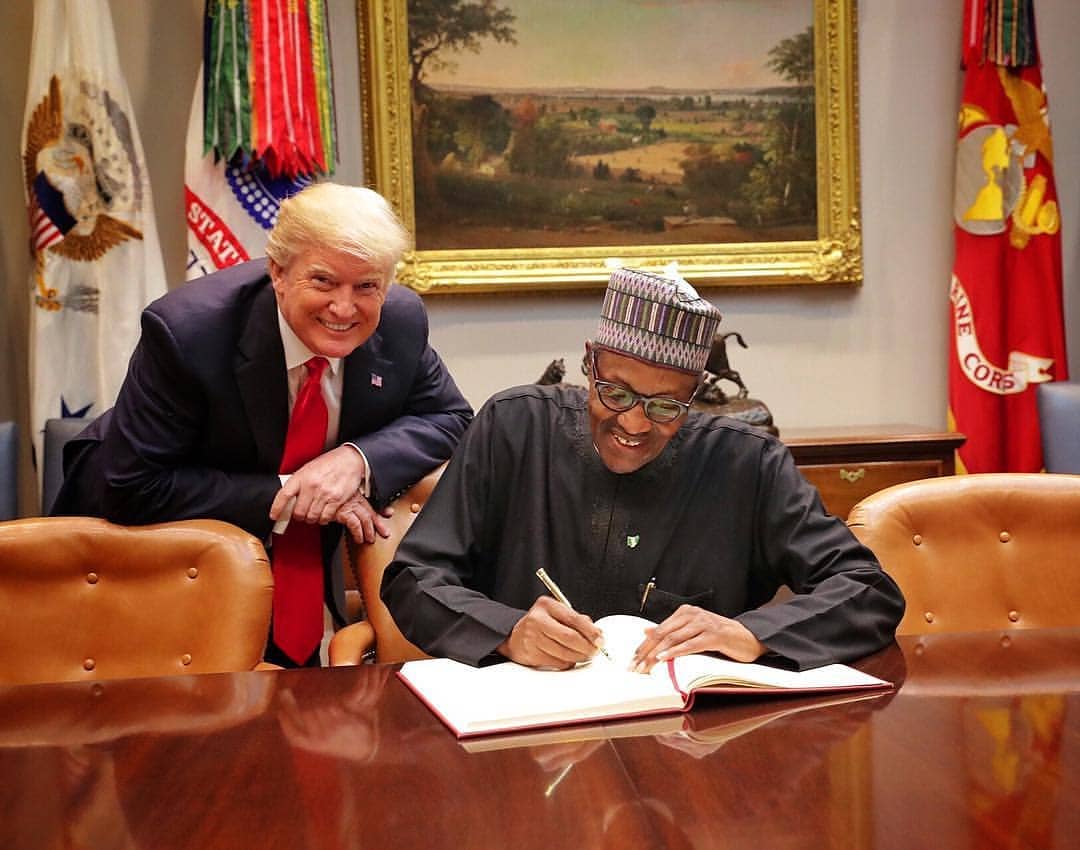 Shortly after the April 30th meeting of Nigeria’s president, Muhammadu Buhari and US president Donald Trump, shocking reports have emerged that the later referred to Buhari as “lifeless”.  The US president was quoted to have told his aides, ‘he never wanted to meet someone so lifeless again.’

According to Financial Times,  in an article titled Africa looks for something new out of Trump, “The first meeting, with Nigeria’s ailing 75-year-old Muhammadu Buhari in April, ended with the US president telling aides he never wanted to meet someone so lifeless again, according to three people familiar with the matter.”

Here is a screenshot of the article 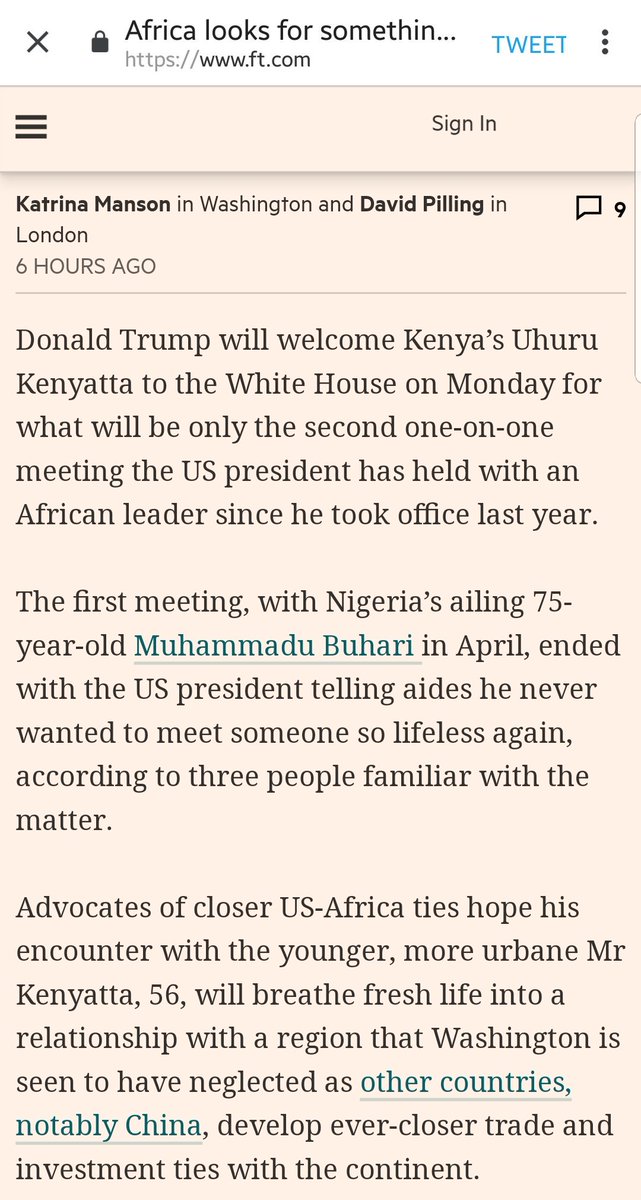 We have gone through comments on social media as to what Nigerians think about the statement, here are a few with came up with.

Trump’s alleged remarks is something to worry about – we might not like our Presidents Policies but jubilating that a man that is almost same age as him even if he was younger but to refer to the Nigerian President as “Lifeless” is rather unfortunate – Buhari represents us all.

Buhari went abroad to call us criminals and lazy. So, if Trump calls him lifeless, nothing spoil.

If Donald Trump legit called Mohammed Buhari "Lifeless"… I am proud of him cos no one has used a better descriptive word to describe his Excellency. 🤣🤣

You all remember when Buhari was abroad and he labelled us Fantastically corrupt and lazy youths? Yes Trump just did a clap back on our behalf to call him lifeless.

It’s not about praising Buhari but what he’s praise on. Trump is about governance not your emotions. He’s interested in deals. He’s a business man. Your Buhari went there for photo ops while Trump was expecting him to come with proposals for bilateral issues.