Globacom on Tuesday, January 17, 2023, presented prizes to another batch of winners in the ongoing Glo Festival of Joy promo at its Gloworld shop on Aba Road, Port Harcourt, Rivers State. 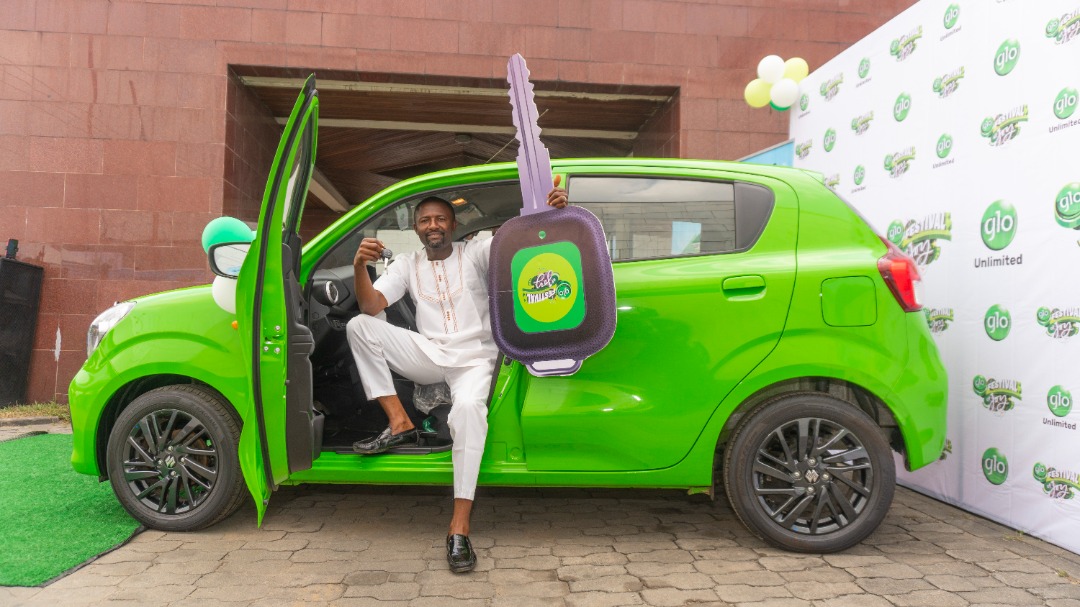 The star prize of the day, a brand new car, was presented to 39-year-old Port Harcourt-based Electrical Engineer, Ime Etukudo.

Etukudo, an indigene of Ikot-Ekpene in Akwa Ibom State, recalled his walk to fame and fortune as a car owner, after opting into the Festival of Joy promo by dialing *611#.
“When I got a call from a Glo official that I had won a brand new car, my first instinct was that it was a fraudster, but when the caller insisted that I should come to Glo office and even said I should I should look at the video of the office on my Whatsapp, I became
convinced and I screamed. 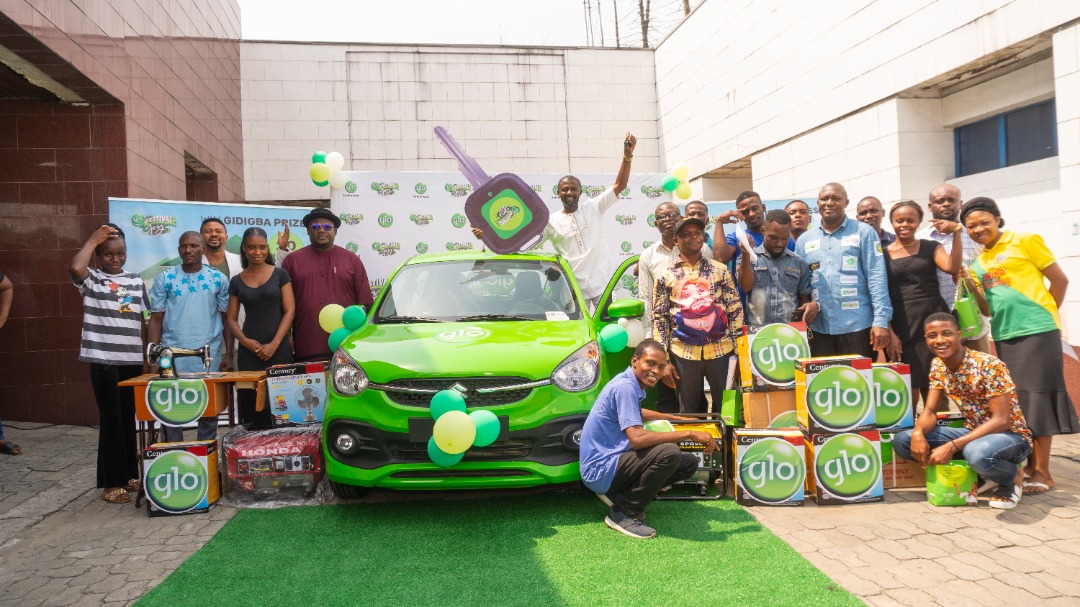 “My fellow workers immediately joined me in celebrating, while some volunteered to follow me to the Glo office. Immediately, I called my wife to break the good news to her. I am very happy. I thank God and thank Globacom for making me a brand new car owner, after I sold my old car last year”.

Many other winners also went home with power generators, sewing machines and rechargeable fans. A total of 71 winners emerged at the event.

In his speech, the special guest, Hon. Azeru Opara, lauded Globacom for its spirit of giving back to the people, adding that the company had over the years empowered many Nigerians. He urged other corporate entities to emulate the good gestures of the company.
Globacom’s Regional Manager, Port Harcourt, Mr. Augustine Mamuro, admonished Glo subscribers to make use of the opportunity provided by the Festival of Joy promo to win their own prizes. “You could be among the next batch of winners by dialing *611# to join the promo and keep recharging for voice and data (as desirable) during the promo period in order to be eligible to win the prizes on offer”, he said. 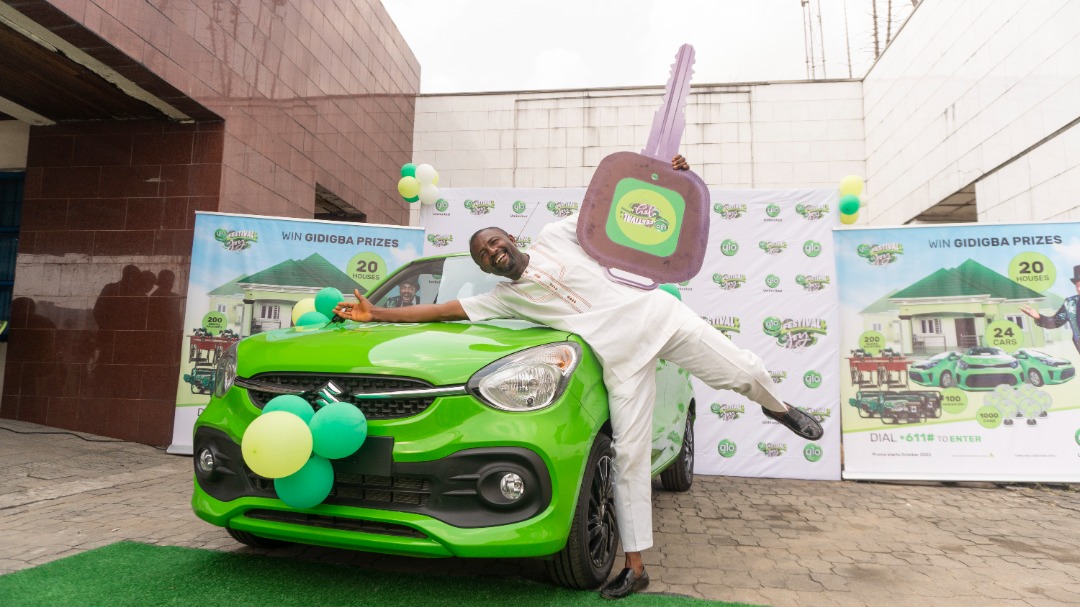 The event was attended by a representative of the Mayor of Port Harcourt, Barrister Chile Owuru and also had in attendance an official of National Lottery Regulatory Commission (NLRC), Port Harcourt office, Mr. Walson Dambo. Nollywood actors, Ese Eriata and Mike Godson, as well as Glo Business partner and Chief Executive of Digital Orbit, Mr. Austin
Ufio, were also present.