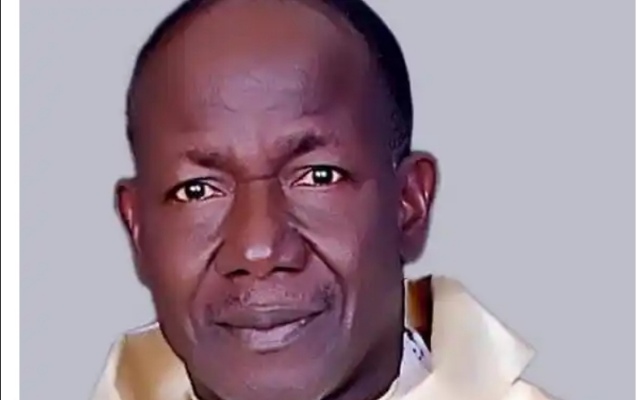 Following the burning to death of Reverend Father Isaac Achi, a Catholic priest by terrorists in Kafin-koro in the Paikoro Local Government Area of Niger State, three days ago, embattled women and youth have reportedly burnt down the Kafin-koro Police Divisional Office.

According to a resident of Kafin Koro, identified as Jonathan, the incident began when some women comprising Evangelical Church Winning All and Catholic women groups converged on the premises of the burnt Parish at 7 am on Tuesday to offer prayers against those who burnt the Catholic priest.

He said, “As the women were praying, some policemen arrived at the venue saying they were a detachment from the Kafin-koro Police Division drafted to the church to provide protection for them.

“The women rejected the protection and requested that the police should leave because the police didn’t provide protection for the dead priest neither did they show up on time when they were called.”

Jonathan said when the police refused to leave the residence of the late priest, the women threw stones and sachet water at them, after which they left the premises.

He said the village youths eventually joined the women to hold a peaceful protest but the police started shooting and a villager got killed by a bullet fired by the policemen.

“As the police were trying to disperse the crowd, the police began shooting into the air and one of the bullets hit a man who died immediately so that was how the protest turned violent,” Jonathan said

Jonathan said that the youths in their anger, set the police division office on fire.