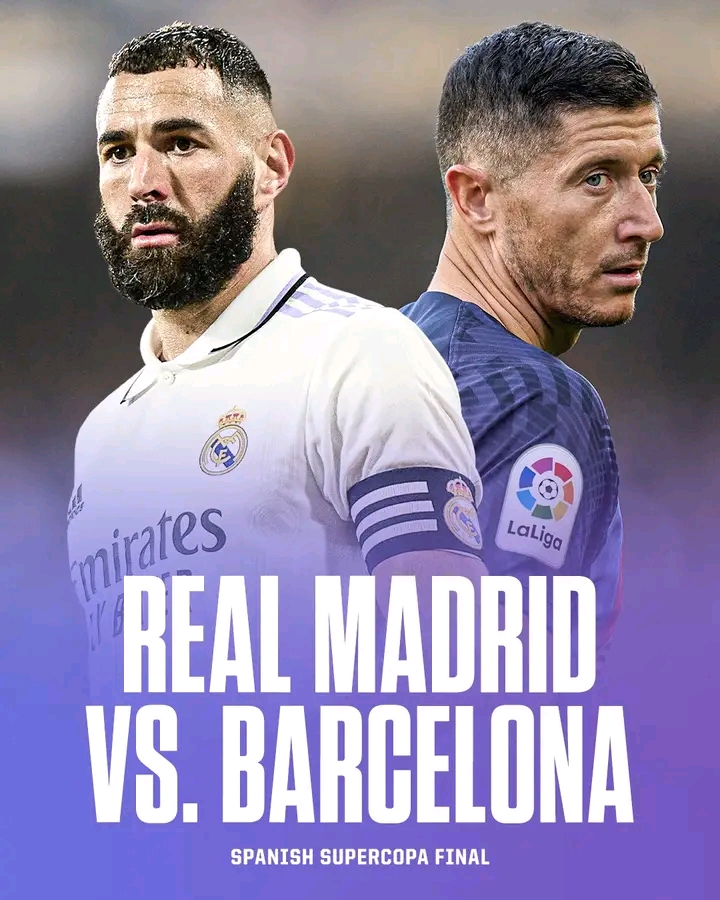 Marc-Andre ter Stegen saved twice from the spot to help Barcelona beat Real Betis 4-2 on penalties after a 2-2 draw on Thursday, setting up a Clasico Spanish Super Cup final.

The Catalans will face their bitter rivals Real Madrid on Sunday after Carlo Ancelotti’s side beat Valencia on penalties on Wednesday.

Barcelona needed spot-kicks to see off Betis after an entertaining draw over 120 minutes at Riyadh’s King Fahd Stadium.

Ansu Fati smashed in a fine volley to put Barcelona ahead in extra-time but Loren Moron pulled Betis back level with a cunning backheel flick.

Ter Stegen denied Juanmi and William Carvalho in the shootout and Pedri converted the decisive spot-kick.

“(The final) will be a very nice game, everyone wants to see these type of games and we’ll be delighted to play it and win it,” Ter Stegen told Movistar.

The goalkeeper made some fine saves even before the shootout, where he was key.

“I would like to have less work in games,” Ter Stegen added, acknowledging that he was back to his best.

“For a year I’ve been at a very good level personally, physically, it’s the work too — every day I have a spectacular team that helps me improve and think about how to get better.”

Barcelona have not won the Spanish Super Cup since the change to a four-team format, with the first Saudi Arabia edition taking place in 2020.

After finishing last season without a single trophy and investing heavily in the summer despite the club’s debts, Xavi and his team are desperate for silverware.

Although winning the Super Cup will not be enough in itself, it would be a step in the right direction and Xavi’s first trophy since arriving in November 2021.

Pedri had an early strike disallowed for offside as the Catalans started well, but Betis soon found their comfort zone, inspired by the artistry of Fekir and dynamism of Luiz Henrique.

However, Lewandowski, who missed the win over Atletico Madrid in La Liga on Sunday through suspension and was far from his best, broke the deadlock shortly before the break.

The Polish forward’s first effort was blocked but he brought the ball under control again and managed to beat Claudio Bravo at the near post.

Ter Stegen made saves from Rodri and Henrique to keep Barcelona ahead, on a busy night for the German goalkeeper — just as it had been for his Madrid counterpart Thibaut Courtois the night before.

Fekir eventually levelled in the 77th minute after clever footwork from Henrique, who set him up, and the French midfielder drilled past Ter Stegen at his near post to force extra-time.

Three minutes into the additional period, Fati produced a piece of magic to put Barcelona back in front with a volley from the edge of the box.

Fati tried to reply with a backheel of his own but former Barcelona stopper Bravo was alert to deny him.

Veteran Betis midfielder Andres Guardardo was sent off late in extra-time for two yellow cards, but Barcelona did not have long enough to capitalise before penalties.

Both sides converted their first two spot-kicks but Ter Stegen denied Juanmi to hand the Catalans the advantage.

Fati scored and Ter Stegen produced another save to foil Carvalho, with Pedri converting the next spot-kick to seal Barcelona’s progress.

“Betis fans should be proud of the team’s performance,” said defender Miranda, playing in the stead of Alex Moreno, who signed for Aston Villa this week.

“We are, with the fight that we showed. We have a lot to learn and I hope we can be here again many more times.”