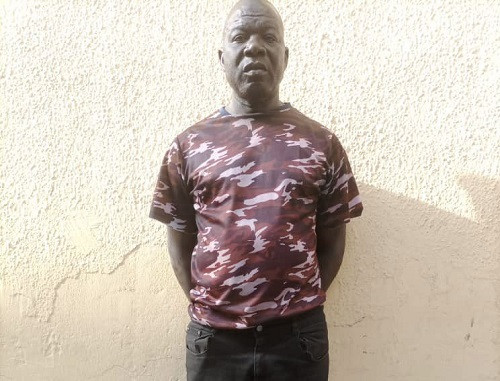 Drambi Vandi, Nigerian police officer, who shot and killed female lawyer, Omobolanle Raheem, on Christmas Day was this morning ordered to be remanded at the Ikoyi Correctional Centre until January 30, 2023.

“Drambi Vandi was, this morning, arraigned in court and has been remanded at the Ikoyi Correctional Centre till January 30, 2023, to give room for DPP advice,” he tweeted.

However, Nigerians have continued to call for justice and transparency in the investigation of the killing of the Lagos-based lawyer who was shot in the Ajah area of Lagos inside her car while she was returning from an outing on December 25 with her family.

Information Nigeria had reported that the Police Service Commission on Thursday in a statement signed by Ikechukwu Ani, Head of Press and Public Relations, granted approval for the suspension of the officer from duty with immediate effect.