All you need to know about New NFF President Ibrahim Gusau? 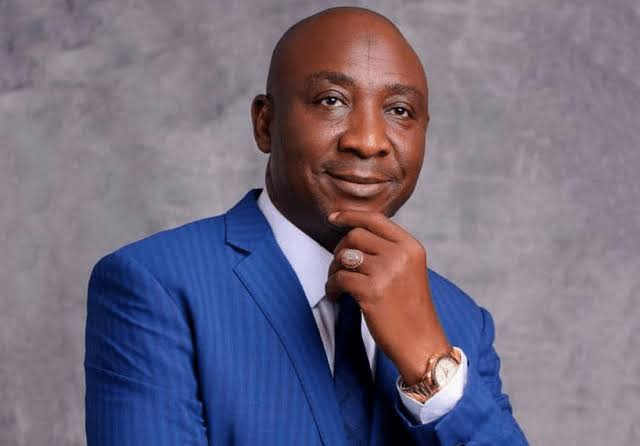 Ibrahim Musa Gusau is the new chief of the Nigeria football Federation, the new man tasked with overseeing football in the country.

It is not an easy task leading the football house of a soccer-mad country as the NFF president tends to bear the brunt of the anger of passionate Nigerian football fans.

While the future is still unknown, one thing certain is that Amaju Pinnick’s tenure as NFF president has come to an end. His tenure was not without controversy and his legacy in that role will be debated for years to come.

Now that Nigerian football is entering a new era, the question on everyone’s lips is “who is Ibrahim Musa Gusau”?

The first thing to know about Ibrahim Musa Gusau is that he has a history in public administration having served in several government organisations. A qualified accountant, he spent years as a civil servant with the Zamfara Ministry of Finance.

However, it is in the sports sector where Gusau really cut his teeth having served across several sports associations. He had a stint as president of the Athletics Federation of Nigeria and also served as Zamfara State Sports Commission chairman from 2009 to 2010.

Gusau also served as team manager of a number of outfits in Zamfara State such as Club 50 and Zamfara United. He also had a spell with Kassim Stars FC of Sokoto State.

Gusau would then go on to be elected to the board of the Zamfara State FA, where his career in football administration truly started.

Gusau is considered a seasoned football administrator having held a number of important roles both in Nigeria and on the continent. He was elected chairman of the Zamfara FA in 2011 and has since remained close to the seat of power in Nigerian football.

In his capacity as Zamfara FA Chairman, he also rose to the post of chairman of chairmen of the NFF during Amaju Pinnick’s tenure.

On September 30, Gusau stood alongside nine other candidates to vie for the post of NFF presidency.

On the eve of the elections, a quick glance at the best betting apps in Nigeria showed that only Bet9ja had odds for the NFF elections.

Gusau was the odds-on favourite to emerge NFF president and the elections didn’t disappoint.

Contesting on the platform of grassroots development, Gusau won the elections after seeing off former Super Eagles goalkeeper Peterside Idah in a run-off by 39 votes to one to emerge NFF president.

Beyond grassroots development, Gusau has also expressed concern about the lack of national team success in recent times.

2022 has been a year of unprecedented levels of failure for Nigerian teams. The Super Eagles missed out on the World Cup, the Super Falcons failed to live up to expectations at the AWCON and the youth teams struggled to make any impact in their age grade competitions.

Once again Gusau is saying all the right things in this regard. He is targeting a trophy-laden tenure as NFF president and there could be a chance for some quick success with the 2023 Women’s World Cup in Australia and New Zealand and the AFCON in Côte d’Ivoire.

As with most things in Nigeria the elections that ushered in the current NFF executive committee presented a number of problems. First off, the whole thing almost did not hold as several aggrieved parties secured a court order blocking the elections.

Gusau’s first declaration in the aftermath of the elections was a desire to bring all warring factions together. He has called on all aggrieved parties and well-meaning stakeholders to officially air their grievances in an attempt to find a lasting solution to these issues.

There is the argument that Ibrahim Gusau is not a stranger to the NFF. After spending many years close to the seat of power, he knows the glass house like the back of his hand and as such may have been involved in some of the irregularities that dogged the former board.

While these concerns are certainly valid, this is a chance for a fresh start and Nigerians are hopeful that the glory days will return to Nigerian football.