Buhari Commissions Boulevard Named After Him In Niger Republic 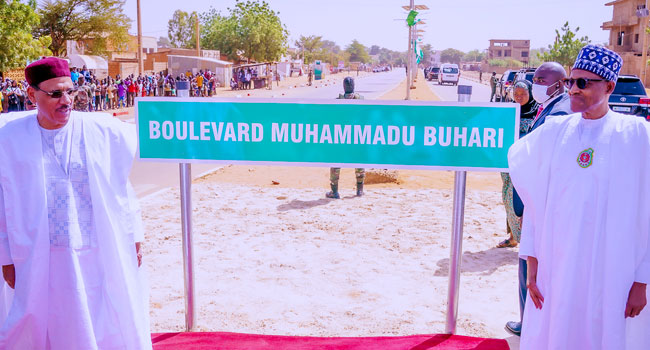 The Nigerian leader used the opportunity of the visit to commission the Muhammadu Buhari Boulevard,’ named after him by the Republic of Niger government.

Presidential spokesman, Garba Shehu had earlier said Buhari will also attend the launch of French version of the Book entitled: “Muhammadu Buhari: The Challenges of Leadership in Nigeria”, as well as inaugurate the ‘Muhammadu Buhari Boulevard’, named after him by the Government of the Republic of Niger.