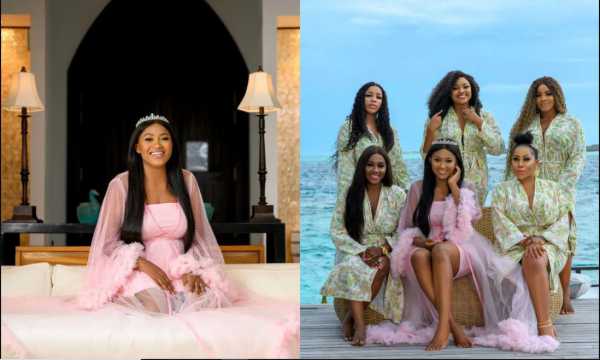 Mary Remmy Njoku, a Nollywood actress, stunned the internet with breathtaking pre-wedding pictures of herself and her bridal train.

When the actress revealed she was prepared to walk down the aisle once more, we can remember how excited her followers became.

The mother of three, who has been happily wed to Jason Njoku for ten years, revealed that she would reaffirm her vows on their anniversary.

The actress updates her forthcoming nuptials with bridal photographs online, so the preparations are undoubtedly going well.

Mary also revealed the names of the people who made up her bridal train, including Mary Lazarus, Moyo Lawal, Uche Ogbodo, Jazzy Okey, and Emmanuella Remmy.