Seven Trapped As Container Falls On Three Cars In Lagos 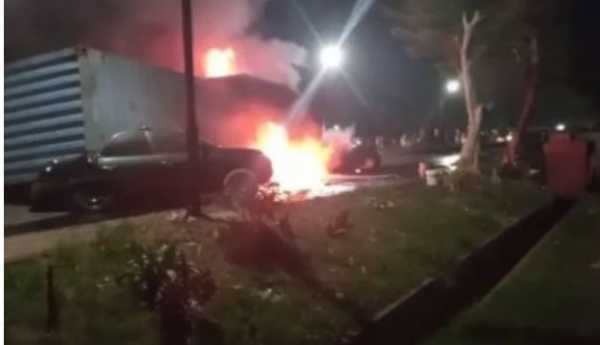 Seven victims have been reportedly trapped under a container that fell on three vehicles along the LASU-Igando road, Lagos.

It was gathered that the container was being transported on a truck to an unknown destination when it fell on the vehicles between Omark and Akeson bus stop in Igando on Monday, March 28.

One of the trapped vehicles burst into flame minutes after the incident occurred.

Public Relations Officer of the National Emergency Management Agency (NEMA) in the South-southwest region, Ibrahim Farinloye, who confirmed the development, said the accident happened around 9:45pm

Farinloye said a container on top of a moving trailer fell on three vehicles, Sienna, Toyota and another vehicle.

He said one of the vehicles had some passengers inside and that the incident happened in front of Omark School by Dapson Bus stop, Akesan, Igando Lagos State.

“Three persons have since been rescued I’ve and they are receiving treating in an hospital,” he added.

He said efforts to mobilise responders was on when a report came that fire outbreak was reported at the scene.