Domestic Violence: Lil Frosh And Girlfriend Reconcile As She Withdraws Case From Court 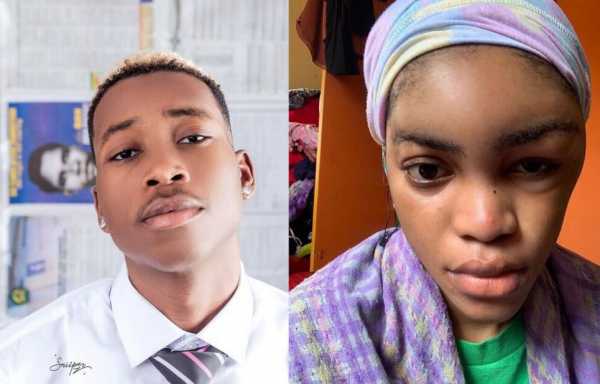 The domestic violence lawsuit filed against Nigerian singer, Wasiu Goriola popularly known as Lil Frosh, by his ex-girlfriend, Okeoghene Gift Iyomateire, has been withdrawn from the court.

Recall that in February 2021, Gift went public with the domestic violence allegation and also shared photos and videos of the injuries she sustained after she was attacked by the singer.

Days after he was dropped by the DMW record label owned by Davido, Gift filed charges against Lil Frosh. The case has since been in court since then.

On Monday, March 28, both Lil Frosh and his ex-girlfriend took to their Instagram pages to announce that they have reconciled and proceeded to withdraw the case from court.

Lil Frosh shared a public statement from his lawyer which said;

“The above subject matter refers. We are Counsel to Wasiu Goriola also known as Lil Frosh (our client) on whose behalf we write.

This is to notify the public and well-wishers of our client about the development in the criminal charge/suit brought against our client.

On 10th of February, 2021 a criminal charge was instituted against our client which has caused a change in our client’s trajectory. However, it has become imperative that we notify the public and well-wishers that the parties in the criminal suit have reconciled and charges brought against our client was withdrawn on the 14th March, 2022.

Our client does not pride himself in this circumstance and has dearly met up with the family of lyomaterie who has been benevolent in this process. Our Client appreciates prayers and support from Families and Friends during this time. Thank you.” 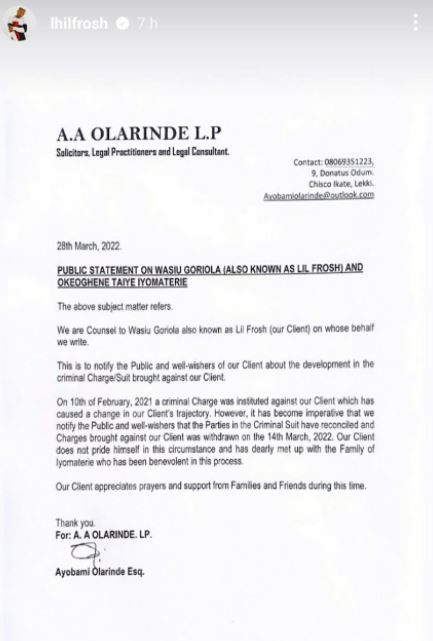 Gift also confirmed that the case had been settled out of court.

“I want to thank everyone that stood by me throughout the incident between Lil Frosh and I. I will also like to state that the case between I and lil Frosh has been withdrawn from court and we are on good terms. Thank you.” 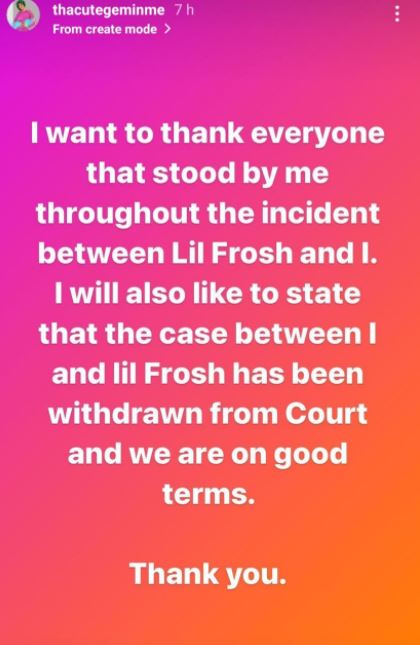