Russia-Ukraine War: Putin Can Not Remain In Power, Says US President Biden 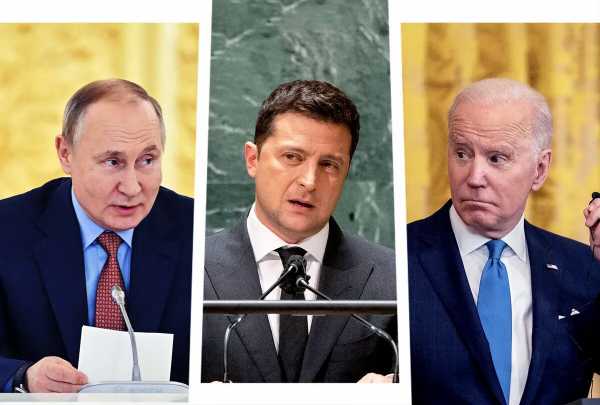 President of the United States of America, Joe Biden has stated that Russian President Vladimir Putin “can not remain in power” over the latter’s decision to invade Ukraine.

This was stated on Saturday by Biden while speaking in Warsaw, Poland, on the US’ support to Ukraine.

He also compared the impact of the Ukraine invasion to that of the Second World War.

“For God’s sake, this man cannot remain in power,” he said.

“A dictator bent on rebuilding an empire will never erase the people’s love for liberty. Ukraine will never be a victory for Russia, for free people refuse to live in a world of hopelessness and darkness.

“We would have a different future, a brighter future rooted in democracy and principle, hope and light, of decency and dignity, and freedom of possibilities.”

Biden said he believes that the people of Russia do not welcome the “killings of innocent children and grandparents”, or for hospitals and schools “to be pummelled by Russian bombs.

“Notwithstanding the brutality of Vladimir Putin, let there be no doubt that this war has already been a strategic failure for Russia.”

It has been more than a month since the war broke out in Ukraine, and scores have died while the global economy has been significantly affected.