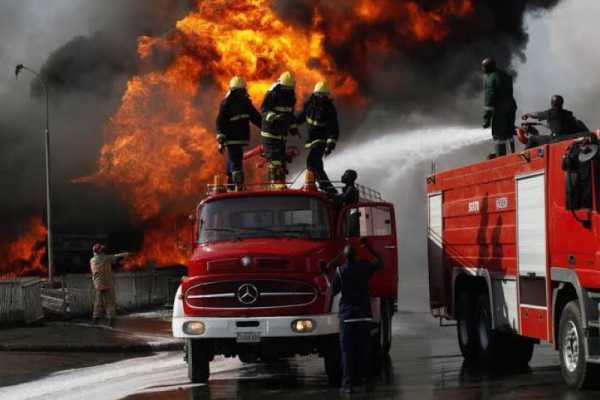 Angry youths attacked firefighters with stones and damaged their fire truck for arriving late to extinguish a fire that engulfed the Second-Hand Market situated behind Jos Central Mosque, Plateau State.

The chairman of the market, Muhammad Idris, said the fire incident, which occurred on Friday evening was caused by a spark from a transformer close to the area which had subsequently destroyed property worth millions of naira.

The market deals in second-hand interior materials such as cushions, mattresses and carpets among others.

According to reports, eyewitnesses said the action of the hoodlums could be connected to the late arrival of firefighters who were said to have arrived about 30 minutes after the fire had destroyed the market.

A trader said that men of the fire service were earlier informed but could not arrive early enough due to the lack of diesel in their truck.

It was gathered that while the traders and some youths were busy pouring water to put out the fire, the firefighters arrived but some angry youths frustrated them.

The youths took stones, wood and iron and pelted the truck, smashing its windscreen and also damaging other parts of the vehicle.

Reacting to the incident, an official of the fire service said the delay of their arrival was due to the lack of diesel in the truck.