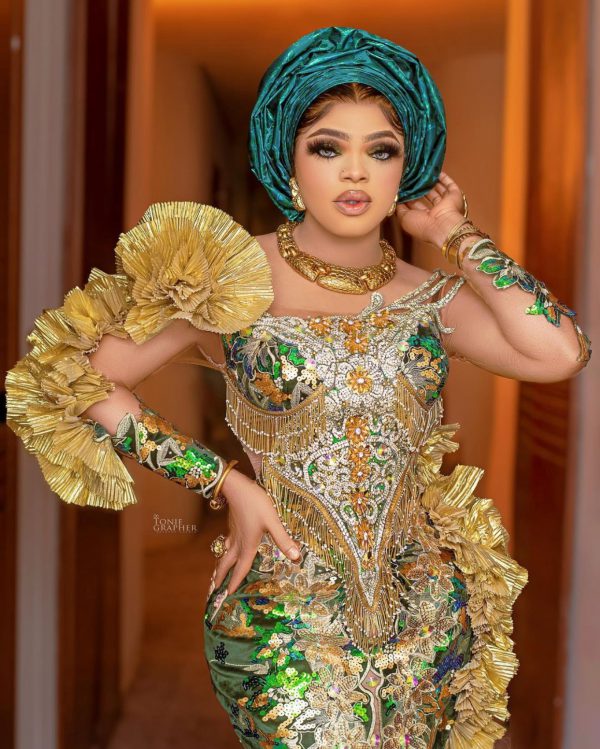 Nigerian crossdresser Idris Okunneye, also known as Bobrisky, sparks reactions from netizens as he announces that his housewarming party has been postponed.

The crossdresser said a few months ago that he would be showcasing his multi-million Naira residence on January 29th, 2022.

In a video that went viral, he stated that the housewarming party will not take place as planned.

Bob explained his decision by claiming that someone stole his Asoebi by mass-producing similar clothes.

‘The housewarming party has been postponed until a new Asoebi arrives in Nigeria’, he says.

Many netizens reacted saying; they were not surprised, and Bobrisky would always lie to cover up his fake lifestyles.