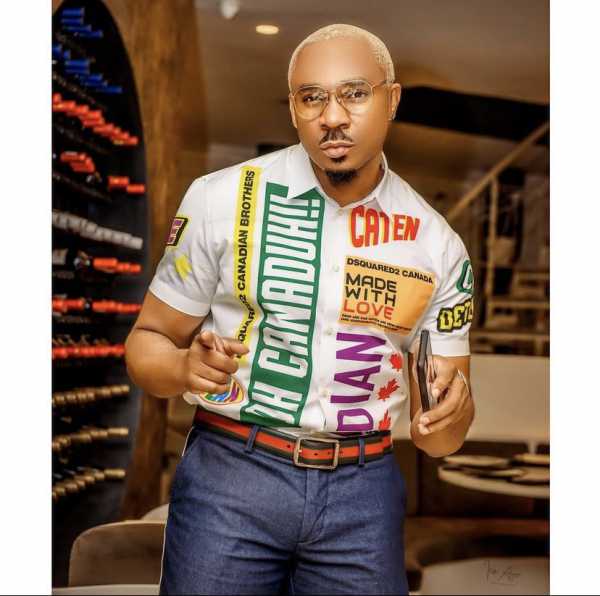 Prettymike has taken to his social media to advise women who tend not to wear bra and underwear to the house of God.

The star said it is wrong for women to come to the house of God without wearing pants or bra.

He also pleaded with those who are guilty to quit such a distasteful habit.

According to Prettymike: ”Please some of you ladies that don’t wear underwear and bra to church, what is your motive towards such a behaviour? I think it’s kinda wrong to do so and to make it worst, na you come dey waka up and down the whole church the most”

Meanwhile, Pretty Mike who is notorious for attending ceremonies in the weirdest of ways anyone can think of recently stormed Nollywood actress, Eniola Badmus’ 20 Years On Stage event’ with ‘ghosts’. 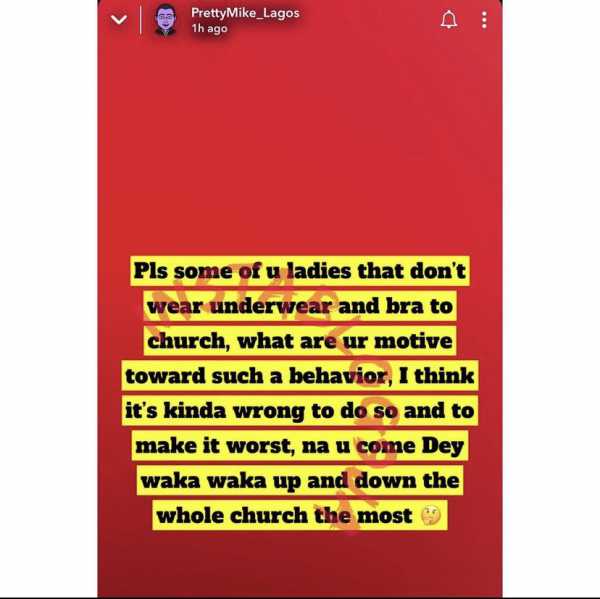