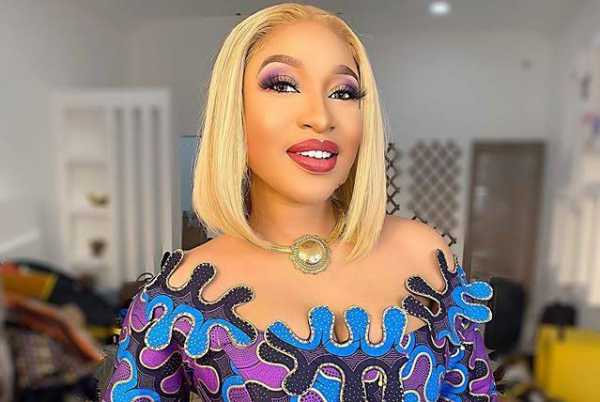 Tonto Dikeh is definitely not taking chances as she is finding ways to ensure that she does not end up dead or a victim of a venomous snake bite.

This is coming after it was reported that a woman died after a large venomous snake bit her as she sat on the toilet.

The woman, who worked for the Nigerian Air Force and has been identified as Lance Corporal Ogah Bercy, was rushed to hospital but was pronounced dead on arrival.

READ ALSO: I Think I Need A Robot – Tonto Dikeh

Reacting to the clips she’s seen, Tonto asked her fans about the possibility of the existence of a “Potty for Adults” because she is now scared of Water Cisterns.

She shared on her Instagram that after watching the videos where people for bitten by snakes, her heart can’t take using the toilet for poo.

Tonto is planning on getting herself a potty instead to avoid stories that touch.

She asked if this was available for sale so she could cop for herself.