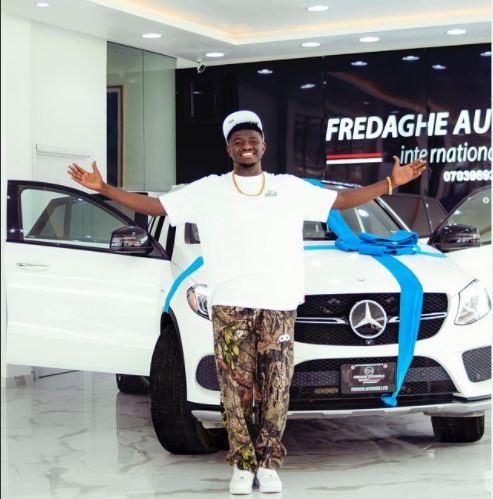 Comedian NastyBlaq has taken to his social media to celebrate his latest achievement.

The star announced he has signed a new deal with Fredaghe Autowheels and also acquired a new whip.

Nasty has been putting a lot of efforts in the industry and many of his fans are so excited for him.

Well, he did not say much about the deal but thanked God and also shared photos to show off his new whip.