What’s next for Declan Rice after fantastic Euro 2020? 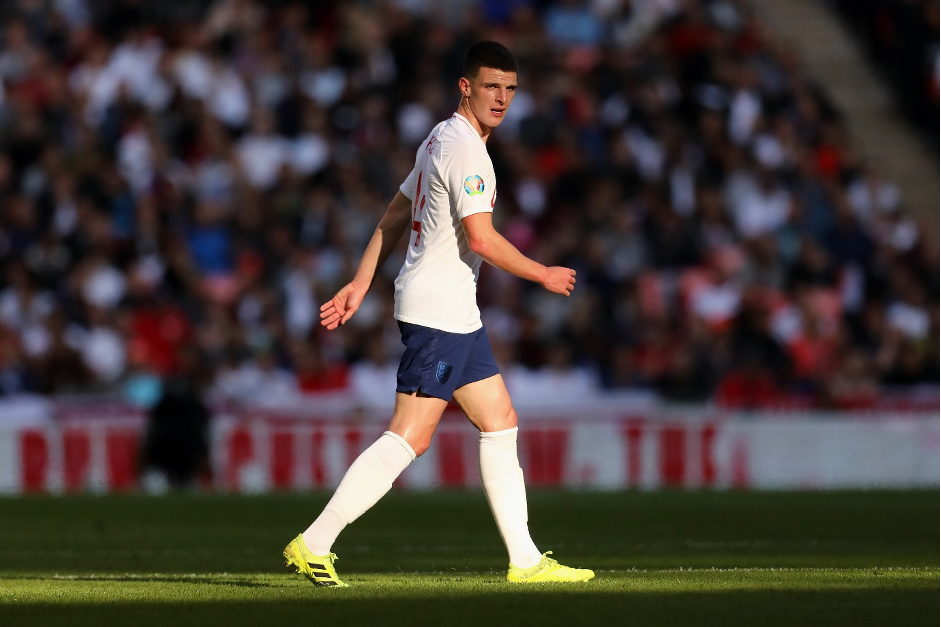 Euro 2020 may have ended in tears for Declan Rice, as England agonisingly lost to Italy on penalties at Wembley. But the West Ham United midfielder was one of his nation’s star performers in the historic tournament, where Gareth Southgate’s side made it all the way to the final of a major competition for the first time since that famous World Cup victory in 1966.

Rice is a player who has been on the radar of a number of Premier League giants for a couple of seasons now, none more so than Chelsea — who released the 22-year-old from their youth academy back in 2014. However, performances of such a high standard at a major competition will always attract more interest, and there will certainly be big sharks circling West Ham’s waters this summer.

It’s been reported this summer that Rice is refusing to put pen-to-paper on a new contract at the London Stadium. Although, his current deal doesn’t run out in east London until 2024, and even then, the Hammers have the option to extend that by an extra year.

That’s why the club are keeping their cards close to their chest, and not breaking a sweat over any potential advances from the Premier League’s big guns during this transfer window. Sites like Betdaq may be favouring Rice to leave West Ham this summer, but the hierarchy is in no rush to make a hasty decision.

In fact, to them, Rice is not for sale at any price, not even in excess of £100 million — which David Moyes claimed he was worth ‘far, far more than’ earlier this year. A move back to Stamford Bridge, where Rice’s best friend Mason Mount still plies his trade, would surely be tough to turndown by the young midfielder, but is it even the right move for him?

Some may have raised their eyebrows when Moyes said Rice was worth more than £100m. However, would it be sensible for Chelsea to splash such a large fee on the 22-year-old? The defensive midfield area is already a position in which they boast a lot talent.

Jorginho, who played a key part in Italy winning Euro 2020, N’Golo Kanté, a massive factor in Chelsea’s Champions League triumph last year, and Mateo Kovačić are great options for Thomas Tuchel, whilst the German boss has previously hinted that he is a fan of Ruben Loftus-Cheek — even comparing the injury-prone midfielder to Michael Ballack.

Let’s not forget the promising Billy Gilmour as well, who will spend next season on loan at Norwich, or Conor Gallagher, who impressed on loan at West Brom last season. Then are flops Tiémoué Bakayoko, Ross Barkley and Danny Drinkwater, who Chelsea can’t seem to offload.

Rice formed a formidable partnership with Tomáš Souček last season. They became one of the best midfield duos in the entirety of the league, and were a huge influence in Moyes’ side that almost booked their place in the 2021-22’s Champions League.

When Mount called Rice to show off his Champions League winner’s medal after Chelsea stunned Manchester City in Porto to win the European Cup for the second time in their history, we’re sure the West Ham midfield probably felt a bit of envy. But before he packs his bags for a return to west London, or even Manchester, he must remember the pressure that comes with playing for a big club.

While the expectations at West Ham are not as high, Rice will know what it’s like to be scrutinised having been called out for one or two performances at the Euros, and that could be a weekly thing at sides like Chelsea or Manchester City.

Maybe it’s best that he stays at the London Stadium for another year or two, especially with the World Cup next year. The last thing he will want is to move to the likes of Chelsea and not get regular game time and then lose his place in the national team as well.

He has a lot going for him right now, and if he can keep up the high level of performances in the claret and blue of West Ham for another couple of seasons, then he won’t be short of offers when he’s a more seasoned, experienced midfielder.