On Edwin Clark: Its preposterous to associate a 92-year-old man with gunrunning – Gov Dickson 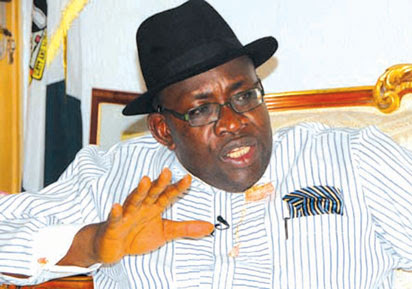 Although the Inspector general of Police, Ibrahim Idris has apologised after police reportedly invaded the Abuja residence of elder statesman, Pa Edwin Clark on Tuesday, with a warrant to search for arms, more people have continued to react.

Governor of Bayelsa state, Seriake Dickson has expressed his disapproval of Tuesday’s invasion of Pa Clark’s home by officers allegedly from a unit called the IG’s Special Tactical Squad.

Mr Dickson says, it is ‘preposterous’ to associate a 92-year-old former Federal commissioner, who was also a senator and a leaders of his people with gunrunning. In a Twitter post on Wednesday, the Bayelsa state Governor described the situation as sad. he wrote:

I condemn in strong terms the recent raid on the residence of Chief Edwin Clark. It is indeed preposterous for anybody to associate Pa Clark, a former Federal Commissioner,Senator and a Leader of his people with gunrunning at the age of 92.This is sad.@benmurraybruce @renoomokri

Meanwhile, a delegation of senior police officers, led by DIG Habila Joshak (DIG DOPs), some commissioners of police, have paid a visit to Pa Clark, and apologized on behalf of the Nigeria Police Force and the Inspector General.