5 Nigerian Artists You Didn’t Know Dated Each Other 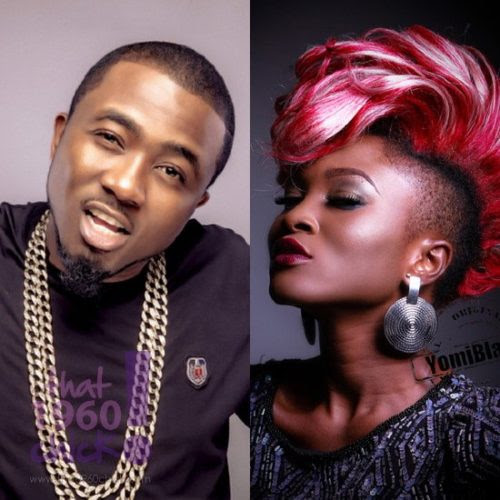 We do love in the Nigerian music industry. Many music artists have or had found love and comfort in the arms and eyes of their colleagues. Here is a list of artists you didn’t know dated each other.

These two artists were one-time hot rappers in the music industry, however, they also had “a thing” as Ice Prince called it before the fame came calling. Ice Prince also stated that she was the first lady he dated when he moved to Lagos and that they explored each other but argued a lot which is why they broke up.

Sheyi Shay and vector are two very talented artists in the Nigerian music industry who have also had a love affair. These two sparked dating rumours with a kiss they share onset of the Lara and the beat movie. Sheyi Shay also stated in an interview that vector was the reason she stayed back in Lagos. Vector also admits to him being aroused by the kiss they share while on set. The couple hung out publicly for a while.

Waje and Mi have been tagged icons in the music industry, but these two were rumoured to have been a couple. when asked about their relationship Waje said “We hooked up and have been doing stuff together musically, both of us dating is not something I would tell the world.

Singer Ruby Gyang and Rapper Jesse Jagz are some of the few talents we miss listening to. Their chemistry is not just limited to music, it goes beyond. Ruby and Jesse met way back in Jos, dated for a while and had a daughter together. They separated and reunited in 2015 after 7 years. After a while staying away from the media, both artists came out to state that they are good friends and no longer in love but will remain great parents to their daughters.

2018 brought with it reports that flyboy inc CEO Kizz Daniel and Capital Dreams artist Chidinma are an item. This was further fueled by pictures and videos of Chidinma either in his house or cosy with him on social media pages. IN march the bother got matching tattoos and on her 27th Birthday, she confirmed rumours in a radio interview. Cute Couple