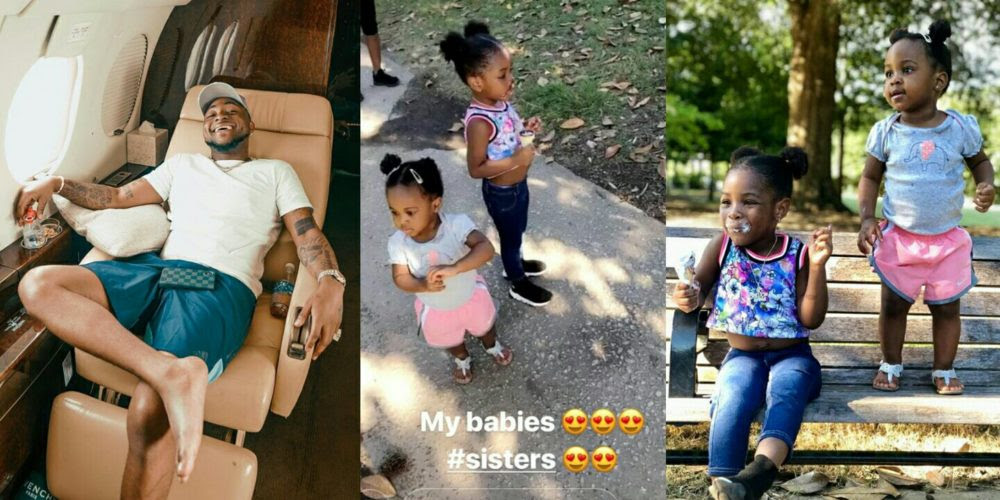 Davido continues to appear as a loving father to his two daughters, Imade and Hailey; with interesting posts about the two; and his love for them.

Not too long ago, the news that his two daughters from different mothers met in the US for the first time; became a huge topic on the internet. Pictures of the two Adeleke girls circulated on social media, with plaudits given to Davido for creating a good environment for his two daughters to rapport.

The DMW front man recently posted a picture of his two lovely daughters spending bonding time together. The singer revealed the height of his love for them and he stated that his two girls would spend all his money (which he has given the impression to be as much as 30 Billion) in the future.