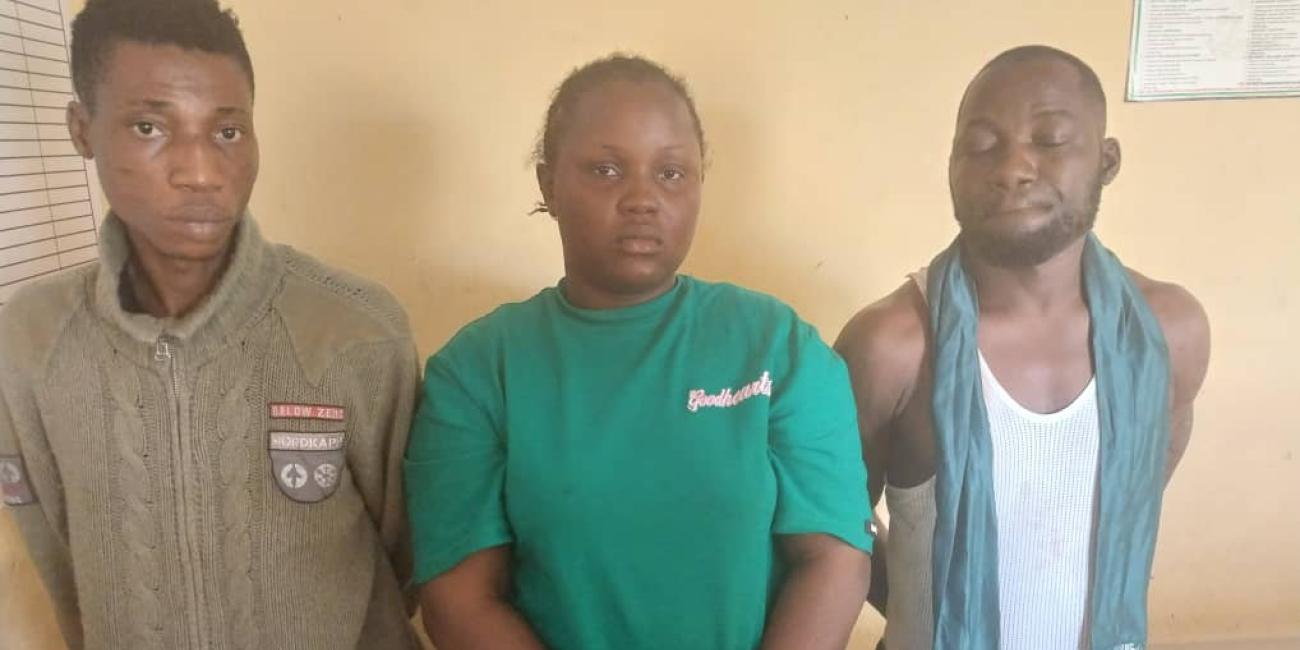 The police in Delta state have apprehended members of a criminal gang who allegedly lure underage girls on Facebook, gangrape them, and then hold them hostage until their parents pay some ransom for their release.

The Command’s spokesperson DSP, Bright Edafe, disclosed this in a statement posted via his Twitter handle on Wednesday.

According to him, the suspects, who were arrested at Ufuoma in Ughelli North Council Area of the state, chatted and lured unsuspecting girls through Facebook to hotel rooms where they were gang-r*ped and dispossessed of their belongings.

“They chatted and lured unsuspecting girls via Facebook, gang raped them and also inserted odd objects into their vagina; held them hostage, threatened to kill them, and then collected huge ransom from their parents before releasing them.

“They were arrested at Ufuoma in Ughelli North LGA when one of their victims sighted them and informed the police.

“The female suspect among them receives the 2/3 Victims and takes them to the hotel where they usually carry out this dastardly act.

“They have so far done this to over 20 young girls. Please be careful out there. Things are happening.”