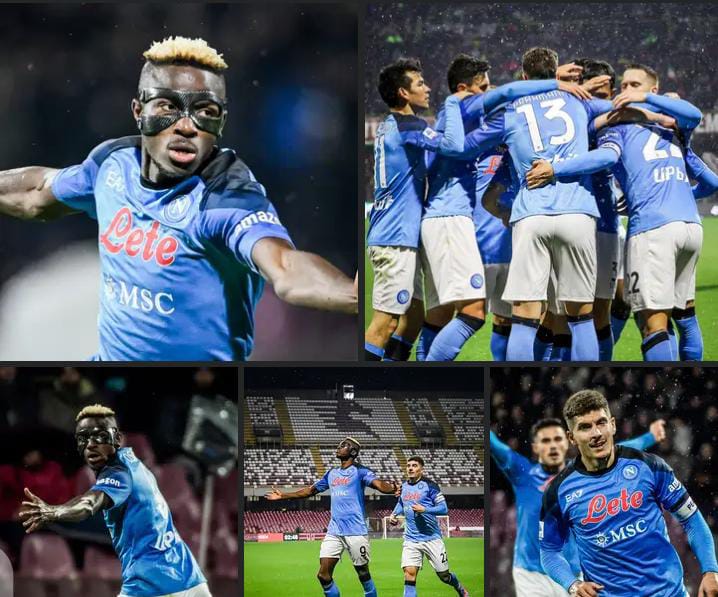 Napoli went 12 points above second-placed AC Milan at the top of Serie A after beating Salernitana 0-2 on Saturday night.

Giovanni di Lorenzo scored shortly before half-time, and Victor Osimhen added another after the break for the visitors.

Nigeria International, Osimhen is now three goals above Inter’s Lautaro Martinez in the race for Serie A Golden Boot.

Napoli are looking to end their 33-year wait for a Scudetto, having not won it since Diego Maradona was their captain.

Luciano Spalletti’s side have lost only one league match this season, a 1-0 defeat by Inter Milan earlier this month.

Napoli’s advantage could be narrowed to nine points should AC Milan beat Lazio, who are fourth, on Tuesday.