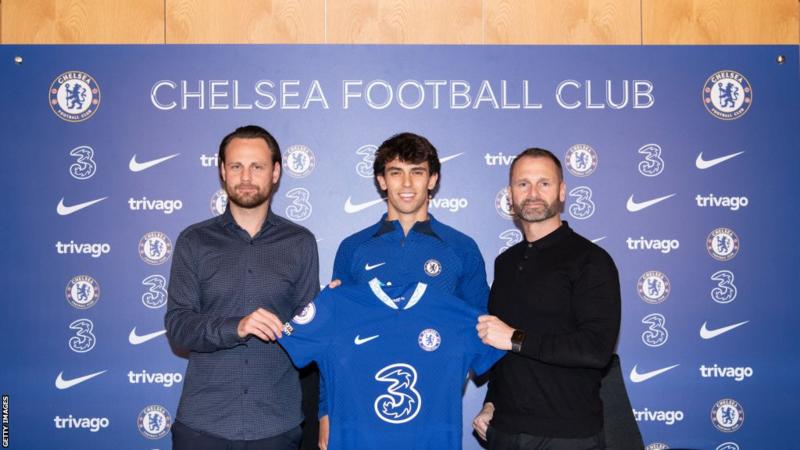 Chelsea have signed Atletico Madrid striker Joao Felix on loan for the rest of the season for a fee of 11 million euros (£9.7m).

Felix, 23, has also signed a one-year extension to his Atletico contract until June 2027.

Boss Graham Potter said injuries had “sharpened” Chelsea’s focus in their pursuit of the Portugal international, with Christian Pulisic ruled out for a couple of months.

“He will make a difference in the final third of the pitch and I’m looking forward to working with him.

“He’s young, but still has lots of good experience and it’s given us all a bit of a lift.

“I’ve been aware of the potential deal for a while but the injuries we’ve had maybe sharpened our focus on it.

“But it’s nice to get him here and he’s been training today, which is positive for us.”

Arsenal and Manchester United had been linked with Felix, whose wages Chelsea will pay in full until the end of the season as part of the loan deal.

“Chelsea is one of the great teams in the world,” said Felix.

” I hope to help the team reach their objectives. I am very, very happy to be here and very excited to play at Stamford Bridge.”

READ MORE: FA Cup: Man City Humiliate Chelsea To Cruise To Next Round

Atletico made Felix  the fifth most expensive player in history when they paid Benfica £113m for the then 19-year-old in 2019.

He has gone on to score 34 goals in 131 appearances in all competitions, with 18 assists.

Felix was part of the Portugal squad at the World Cup, scoring once in five games as they reached the quarter-finals.

Since then, he has played for Atletico twice, scoring in a 2-0 win against Elche on 29 December before playing 73 minutes in a 1-0 defeat by Barcelona on Sunday.