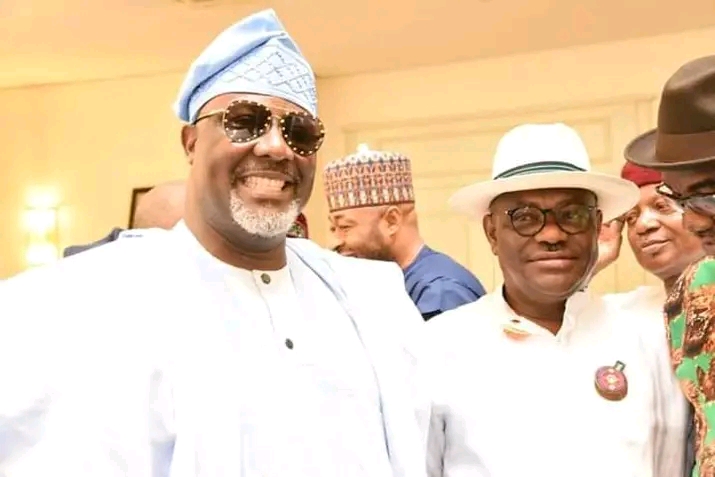 Former Kogi State Senator, Dino Melaye who is the Spokesperson and Director, Public Affairs of the Atiku Abubakar/Ifeanyi Okowa Presidential Campaign for 2023 election has urged Rivers State governor, Nyesom Wike to honour the vow he made on the night of the Peoples Democratic Party’s presidential primary.

Wike who was also in the running to clinch the party’s ticket had promised to work with whoever emerged winner, but what has happened since that time are events threatening to derail the party’s bid to take over power from the ruling All Progressives Congress, APC and likely implosion.

The G-5 which Wike spearheads has maintained its call on the party’s National Chairman, Iyorchia Ayu to step down for the sake of equity, fairness and justice, noting that the party cannot parade a national chairman and presidential candidate from the same region (North) of the country.

Taking to Instagram with a video of Wike making the vow on the night of the primary, Melaye tasked the governor to keep his integrity intact by following through with his promise as all men shall account for all vows made.

He wrote: “Nyeson Wike, Governor of Rivers State, promising to support anyone who wins PDP presidential primary. This integrity statement is now facing an integrity test. Mr Governor, please honor your vow that was made before God and man because we shall all account for all vows made.”

Wike and other governors who make up the G-5 have promised to unveil their preferred presidential candidate soon.