Notable Nigerian Celebrities Who Divorced Their Partners In 2022 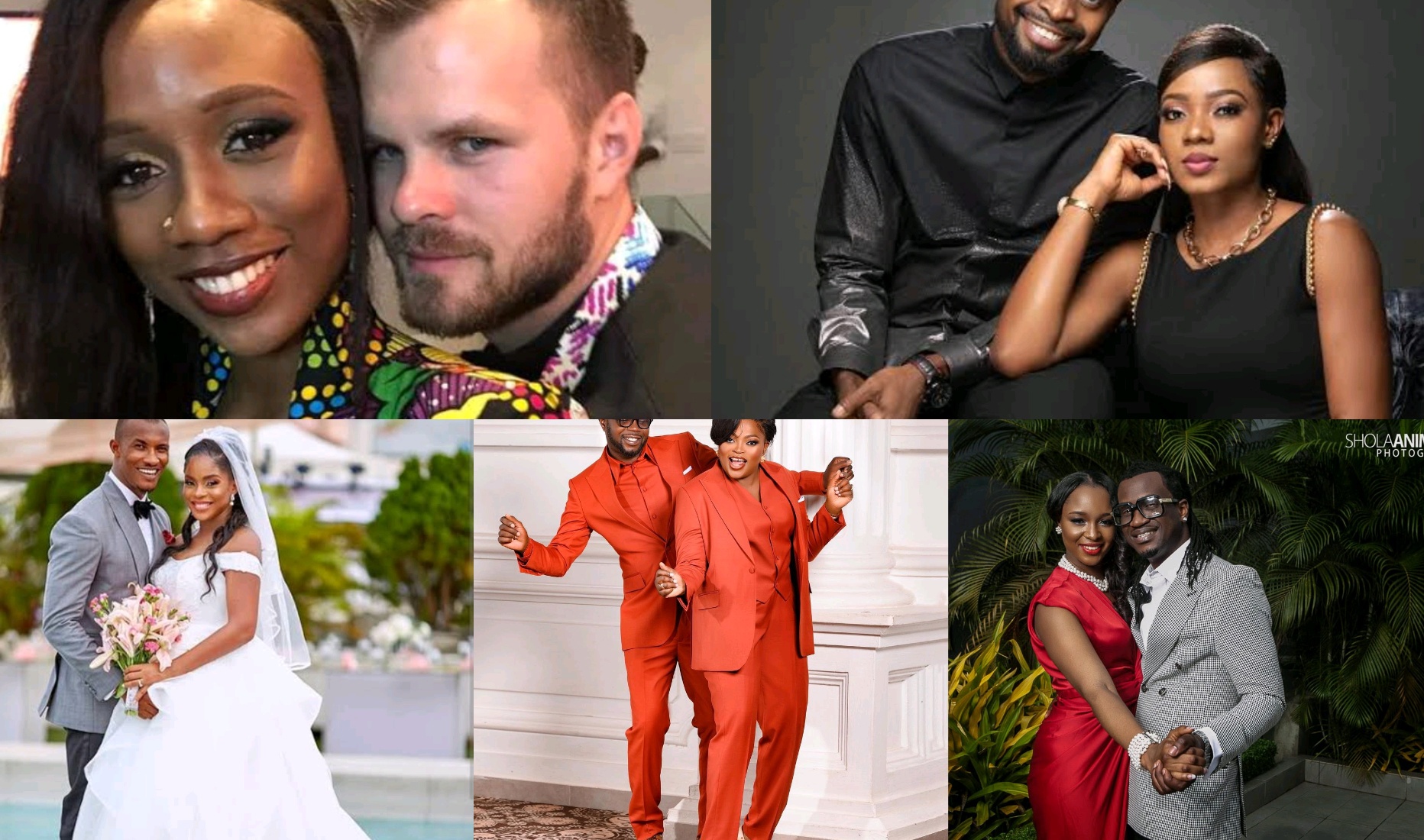 The Year 2022 has witnessed high-profile celebrity divorces which got many of their fans talking, disappointed mostly.

While the marriages may had started on a rosy note, different reasons may have resulted to the crashing of the unions.

Although marriage crashes are not exclusive to celebrity unions, discussions kept springing up about the disadvantages of marrying a celebrity.

Below are notable Nigerian celebrities whose marriages that crashed this year.

Popular comedian Basketmouth via social media on Thursday, announced his separation from his wife, Elsie, after 12 years of marriage that had produced three children.

He said, “After much deliberations, my wife and I have made the difficult decision to end our marriage.

“As we move forward separately, we will continue to work together to give our beautiful children all the care, love, guidance and support they need.”

The news of Paul Okoye, one half of the singing duo, Psquare, and Anita spread after their divorce letter dated July, leaked online.

According to Anita, their marriage had several problems.

Perhaps the most talked about divorce of 2022, singer and dancer Korra Obidi finally divorce her husband in November, after months of verbal exchange with her estranged husband and, Justin Dean.

Dean had in March, broke the news of the plans to divorce, days after Korra gave birth to her second child.

And in November, Korra joyously announced that the divorce had been finalised, adding that she had also won the custody of the children.

The actor made the announcement in October after months of rumours of the end of the marriage.

The former couple had two sons together.

JJC in a statement in June, announced the dissolution of the six year old marriage with the actress that had produced a set of twin boys, Zack and Zion.

Both of them had left their previous marriages that had produced children before deciding to get married to each other, until their break up.

Reports of cracks in the marriage started going viral after the comedian’s brain surgery was completed in 2015. After he recovered, he suffered a relapse the following year at a London show.

Julius Agwu’s wife, Ibiere had since gone back to using her maiden name Maclayton. She is said to have travelled abroad with the children.

Agwu in an interview with Daddy Freeze on December 11, confirmed the divorce.

Popular on-air-personality Kayode Ojuolape Oladotun, popularly known as Do2dtun got separated from his wife, Omotayo after 9 years and having two children together.

Omotayo, the younger sister of popular singer, D’banj filed for divorce after accusing her husband of emotional abuse, forced abortion, and domestic violence.

In a divorce suit filed instituted at the High Court of the Federal Capital Territory, in November 2021,

Do2dtun was charged for “unending reckless emotional abuse, forced abortion and vicious domestic violence”, and according to the wife, these had affected her health and well-being.

Nollywood actor, Kalu Ikeagwu separated from his wife Ijeoma, as he alleged that his wife abandoned their matrimonial home and denied him access to their two children.

Ikeagwu in the suit file in May, also asked for full custody of his three-year-old son and ten-year-old step-daughter.

The five year marriage of Oritsefemi and Nabila Fash hit the rocks recently.

The now ex-wife confirmed the separation and the pending divorce during a video session with popular Radio presenter, Daddy Freeze.

According to Fash, her husband allegedly had intercourse with an unnamed woman.

Veteran actor Obinna Nwafor, aka Saint Obi divorced his wife, Lynda Nwafor and the news hit the media in February.

Saint Obi accused his wife Lynda and her brothers, Michael and Chukwumobi Amobi, of allegedly attempting to kill him, according to the High Court of Ogun State in a suit number HCT/128/2019.

The eight year old marriage of Nollywood actress, Yewande Adekoya and her husband, Abiodun Ishola Thomas came to an end after she accused her husband of emotional abuse.

Announcing the break-up in April, the 39-year-old she appealed to her fans to stop dragging her ex-husband.

Nollywood actress Yewande Adekoya, in April announced that she had ended her eight-year-old marriage to her husband Abiodun Ishola Thomas because he emotionally abused her for 14 years. She alleged that he neglected her and he was involved with different women.

Confirming the break-up in a now-deleted Instagram post, the 39-year-old pleaded with her fans to stop dragging her ex-husband.