One Dead After Warehouse Under Construction Collapses On Ibadan Mosque 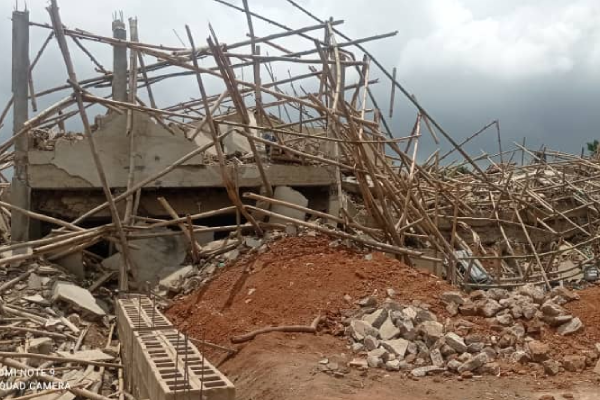 An uncompleted warehouse in Ibadan, the Oyo State capital, has collapsed killing one person.

According to reports gathered, the building, which was said to have collapsed on a mosque beside it, left another victim injured.

The incident, it was gathered, happened in the Soka area of Ibadan, around the Lagos-Ibadan Expressway on Friday.

A resident revealed to our correspondent on Saturday that the deceased was identified as Bolaji, a teenager.

The incident was said to have been reported at the Sanyo Police Station in Ibadan and policemen from the station were said to have visited the site as part of their investigation.

The Police Relations Officer for the Oyo State Police Command, Adewale Osifeso, when contacted, disclosed to our correspondent that an investigation had begun into the incident.

He said, “ Investigation into the incident is ongoing.”