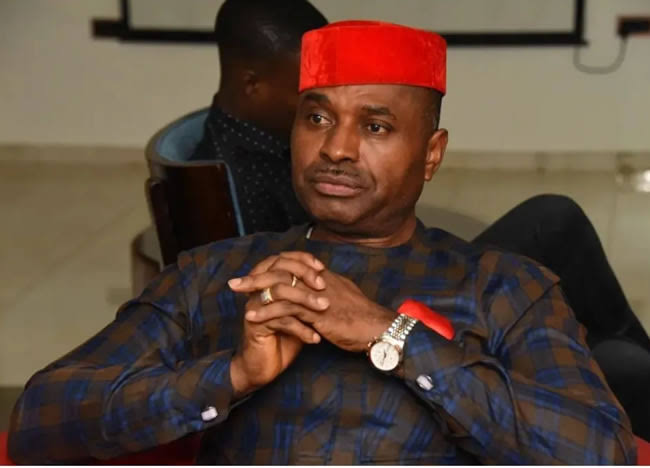 A chieftain of the Labour Party (LP), Kenneth Okonkwo, has slammed the Peoples Democratic Party (PDP) presidential flag bearer, Atiku Abubakar, for telling Northerners not to vote Yorubas or Igbos.

On Saturday in Kaduna State, Atiku said Northerners need to vote for him because he is a Pan-Nigerian with a northern extraction that has built bridges across the country.

Reacting to the development in a statement, Okonknwo said Atiku has shown how ethnically bigoted he is by openly telling Northerners not to support candidates from the South during the 2023 election.

The actor stated that Southerners who are considering Atiku’s vow to hand over to them are hallucinating because the former vice president believes that power must remain in the North.

He wrote: “Atiku Abubakar has shown how ethnically bigoted he is by openly urging Northerners not to support any Yoruba or Igbo, candidate

“Isn’t it hypocritical that this great disuniter travelled all the way to London to prostrate for Wike from South South for his support yet telling the Northerners that they don’t have to support Igbo or Yoruba candidates but only Northern candidates?

“Ignorant Southerners who are considering Atiku because of his lies that he will hand over power to a Southerner are dreaming. He believes that power must remain in the North permanently as he can be seen telling Northerners that they need only Northerners.

“The truth is that the North does not need a corrupt bigot. What it needs is a Pan-Nigerian candidate that will transform the vast arable Northern land from consumption to production to ensure food security and the industrialisation of the North. The North is yet to recover from the trauma of the incompetent APC led by a Northerner. Nigerians must reject Atiku comprehensively.”