FIFA U-17 WWC: No One Gave Us A Chance – Flamingos Coach, Olowookere 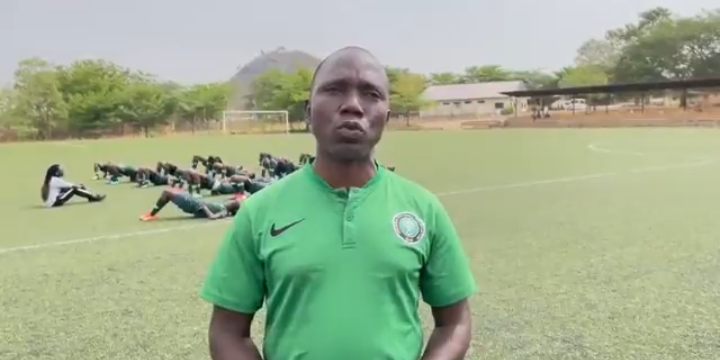 Head coach of the Bankole Olowookere has praised his players for their impressive performance in the team’s victory against the United States of America on Friday.

The Flamingos qualified for the semi-finals at the FIFA U-17 Women’s World Cup after winning a thrilling 4-3 penalty shootout against the Americans.

Olowookere said, ”I’m happy with the win. There is nothing I can give Nigerians than to win the game,” Olowookere said after the game.

ALSO READ: FIFA U-17 WWC: Flamingos Defeat US To Advance To First-Ever Semi-Final

“We are happy with the team, no one gave us a chance, but we aren’t destined to go out in the quarter-final. I’m happy. We have a good future ahead of us.”

The Flamingos will play the winner of the quarter-final tie between Colombia and Tanzania in the semi-final.