Diogo Jota To Miss World Cup Due To Calf Injury 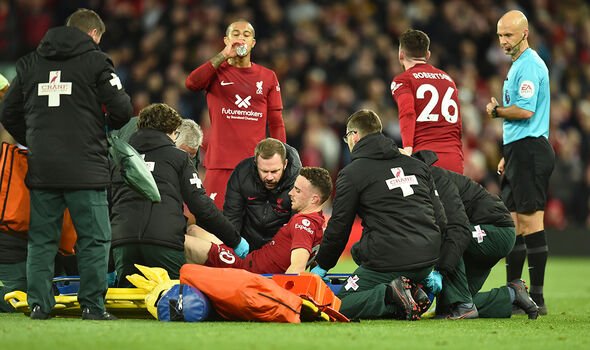 Portugal forward Diogo Jota has been ruled out of the World Cup with a calf injury, says Liverpool manager Jurgen Klopp.

Speaking to reporters ahead of Wednesday’s clash with West Ham United, the Liverpool boss disclosed that the attacker’s injury was “pretty serious” and he would not be able to represent the Selecao next month.

The 25-year-old went down in the final few seconds of Sunday’s 1-0 Premier League win over Manchester City and was stretchered off the field.

There were reports after the game that Jota’s injury would be severe enough to keep him out of the World Cup in Qatar, and Klopp has now confirmed the worst.

“Not good news about Diogo, yes he will miss the World Cup. Pretty serious injury of the calf muscle. Sad news for the boy, us, and Portugal,” Klopp said.