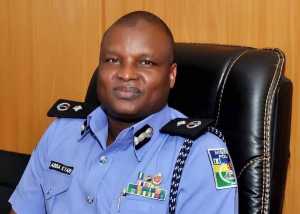 A group known as Taraba Youths Frontiers has demanded the release of DCP Abba Kyari even as they celebrated his role in rooting out criminals and terrorists from Taraba state.

The group highlighted that if not for Kyari, the state’s current condition of instability would have brought it to its knees by this point during a town hall meeting they held over the weekend to raise security awareness among the populace.

The group demanded Kyari’s unconditional release while speaking at the ceremony where they praised Kyari and applauded him for apprehending Wadume and hundreds of other kidnappers and bandits that terrorized Taraba state.

Usman Baba Maito, the group’s leader, stated in a statement, “The best hand in the Nigerian security system has been locked up because of an evident set up by some jealous colleagues in an agency, who were trying to hide their implicated Officers in Enugu Airport.

“No country progresses like this. How can envious colleagues, who set the best hand up, force the government to lock up its best hand? The government acted hastily and it is not in good Faith. No wonder insecurity has taken over the country.”

READ ALSO: Court Throws Out FG’s Application To Extradite Abba Kyari To US

Recalling the role Kyari played in creating peace in the state, he said, “hundreds of deadly kidnappers and bandits were rooted out of Taraba State by the Super Cop Kyari using his intelligence and technological know-how – only Kyari could do that.”

“We recall how he smashed 14 deadly kidnappers terrorising Taraba State in early 2021. They recovered 8 Ak-47 rifles, other weapons, charms and ammunition. Today, those bad elements are no more in operation.

“In late 2020, Kyari also arrested the notorious kidnap kingpin, Abdulkarim Yunusa Aka Italia and 22 of his gang members terrorizing Taraba State. 16 AK 47 rifles were recovered. They confessed to have kidnapped over 100 Taraba indigenes and killed over 10 victims.

“We can all remember how the notorious kidnapper Mohd MUSA aka Dogo and his gang of kidnappers terrorising Taraba state were arrested by Kyari-led IRT in 2020 and 7 Kidnapped victims were rescued from the group.

“This is in addition to the 2021 arrest of 18 notorious kidnappers in Taraba state led by Husseni Seini aka Dogo, 44 years and Yusuf Abubakar 31 years. These men confessed to the kidnapping of the Taraba state house of Assembly member Mohd Bashir Bape and many other kidnappings and killings in the State. 14 Ak47 rifles were recovered from them.

“Also a notorious arms supplier to bandits and kidnappers in Taraba State, Yakubu Kachalla Shehu, was equally arrested by Kyari and many Ak47 rifles were recovered from him.

“We commend Kyari for the above outstanding contributions and many more he did for Taraba State and Nigeria in general and urged the government to ensure his immediate safe release and restoration to the force.

“We call on the government to ensure he is freed so he can fight insecurity and give Nigerians peace as we in Taraba had enjoyed during his time as the head of IRT,” he said.