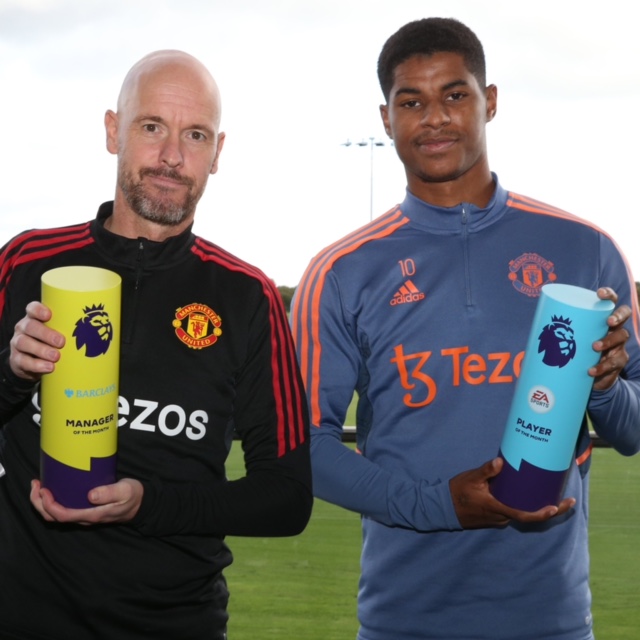 The Premier League Twitter handle on Friday made this announcement.

This is the first time Ten Hag is winning the award. For Marcus, it’s the second time he has won this particular award; his first was in January 2019.

Rashford scored twice, gave two assists to help his team climb of fifth on the table.

Manchester United only played two games in September against Leicester City and Arsenal. United won both, and their other fixtures were postponed due to the passing of Queen Elizabeth II.