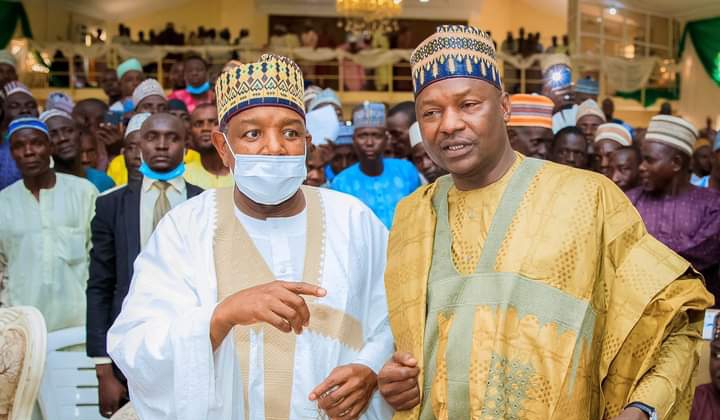 Kebbi State Governor Atiku Bagudu on Sunday donated N100m to the Hisbah Board to mark its 20th anniversary.

In the same vein, the Minister of Justice, Abubakar Malami, also donated N5m to support the group involved with religious policing.

Hisbah was created in Kebbi state two decades ago, and the anniversary celebration was agreed to be held in Kebbi since it is the supposed birth home of the group.

The event was held at the presidential lodge in Birnin Kebbi and top dignitaries including the Executive Governor of Kebbi state, Senator Atiku Bagudu, Secretary to the state government Babale Umar Ahmed, former commissioner of works Alhaji Abubakar Chika Ladan, attended the event.

In his speech, the Governor of Kebbi state, Senator Bagudu, thanked Hisbah for inviting him to the program, adding that Hisbah’s existence in the State helped immensely in preventing and curbing immoral acts in the society.

He explained that society has a role in mitigating bad behavior by being informants to Hisbah Operatives whose assignments accepted by the government are to prevent alcoholism, prostitution, and drug addiction, saying their job has reduced minimally unwholesome attitudes among youths in the state.

Governor Bagudu said that lack of discipline, proper home training, and poor education are responsible for the pockets of insecurity disturbing the country.

ALSO READ: Kano Hisbah holds meeting with Tailors, insists ban on use of mannequins remains except ones ‘without heads’

The governor, hence, on behalf of the state government, declared that the sum of a hundred million naira(N100m) be donated to Hisbah, although noted was insufficient because they have offices in the 21 local governments in the state.

Abubakar Malami, Minister of Justice who is also the chief launcher, was represented by Alhaji Abubakar Ladan, former Commissioner of Works in Kebbi State, and Ladan announced in his speech the donation of N5m on behalf of Malami.

Hisbah has set a target of one hundred and fifty million to be received from donors and members of the society and is also optimistic about meeting the target.