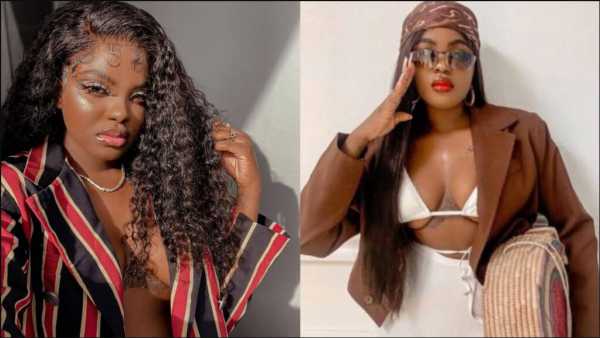 Teju Pretty, a well-known slay queen, was beaten and stripped naked by hairdresser Rhiks hair because she allegedly owes her N150k since 2020 and has been nasty to her.

The violent altercation was described by Rhiks, who said that Teju, who was her brand ambassador at the time, was sent N800k by mistake.

She continued by calling Teju a “petty thief” and saying that when she respectfully asked the slay queen for money, but she was negligent because it was disturbing her peace.

View the slide below to see Rhik’s posts, and the footage of Teju being beaten.