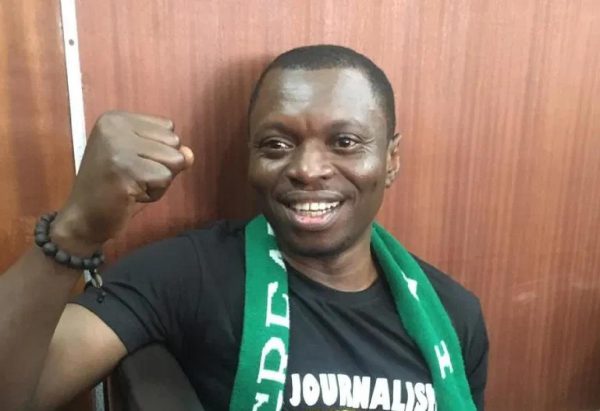 Publisher of Sahara Reporters, Omoyele Sowore, made the announcement on his verified Facebook page.

Recall that policemen from the Force Headquarters in Abuja on Friday had stormed Jalingo’s residence.

He was later transferred to Abuja via the Murtala Muhammed Airport in Ikeja on Saturday.

Speaking with Channels Television in a telephone chat shortly after the flight, his wife, Mrs Jalingo, said “They have taken him (Jalingo) to Abuja.”

When asked what the policemen said Jalingo’s offence(s) was, his wife said, “Defamation of character and infringement of integrity on Frank Ayade’s wife, the younger brother to Cross River State, Governor Ben Ayade.”

Jalingo, shortly before his arrest, announced on Facebook that the police officers surrounded his house and held down his wife and daughter.