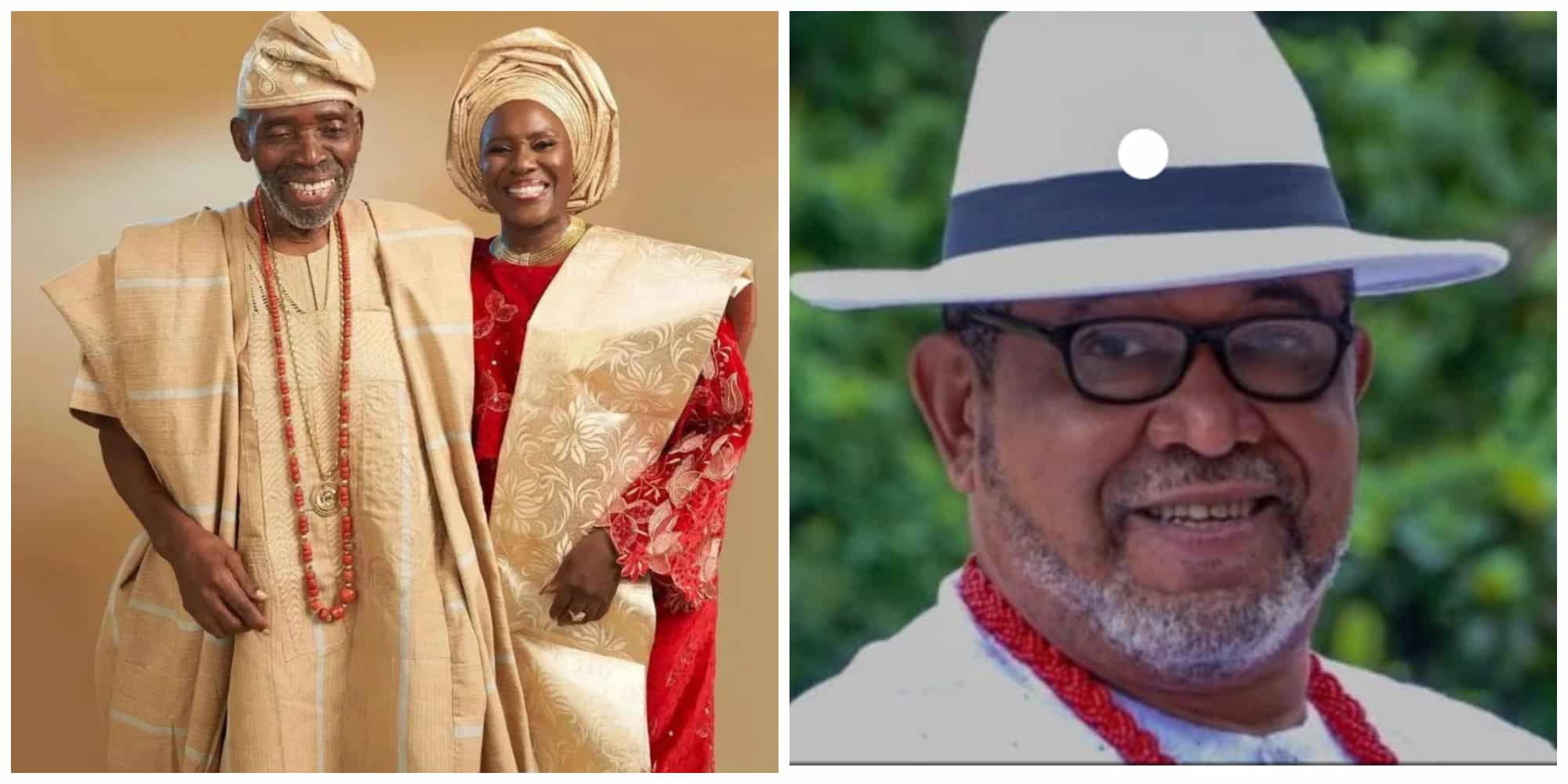 Veteran Nollywood actor, Patrick Doyle has showered praises on his colleague Joke Silva for her care towards her ailing husband, Olu Jacobs.

In the lengthy post shared on Facebook, Patrick said Joke does not share in the flawed philosophy of women telling their husbands that they will give them kind treatment in the twilight of their lives if they are faithful and devoted in their younger days.

The actor claimed that Joke would have still treated her husband with the same measure of love and devotion even if he was a philanderer and wife beater.

According to him, Joke would not take advantage of her husband’s vulnerability to torture him because she belongs to the old school where dignity and honour count and doing the right thing is not contingent upon reciprocity.

He wrote: “All those women hinging Joke Silva’s devotion to her ailing elderly husband on his devotion and care towards her in the early stages of the marriage have simply got it wrong.

“According to them “not so faithful and devoted husbands” should not expect the same kind of treatment in the twilight of their lives, they even go as far as telling such men to expect torment from their wives in old age. In their little minds, they have concluded that Joke Silva shares their flawed philosophy.

“The Joke that I know would have still treated Uncle Olu with the same measure of love and devotion even if he were a philanderer and wife beater, which thankfully he was not. She would never have taken advantage of his vulnerability to torture him because it’s simply not in her DNA to do so. She belongs to the old school where dignity and honour count and doing the right thing is not contingent upon reciprocity.

“Salt may mimick sugar in appearance, but there is a difference. Let it be. Let it be known that Joke Silva, the wife of Oludotun Jacobs and mother of Soji, is not a member of the “Egbe’ Kini O’ko’ Ose’ Club”.(Wetin Husband Fit Do Sef) . Joke Omoluabi, I say a big thank you on behalf of all men, perfect and flawed.”