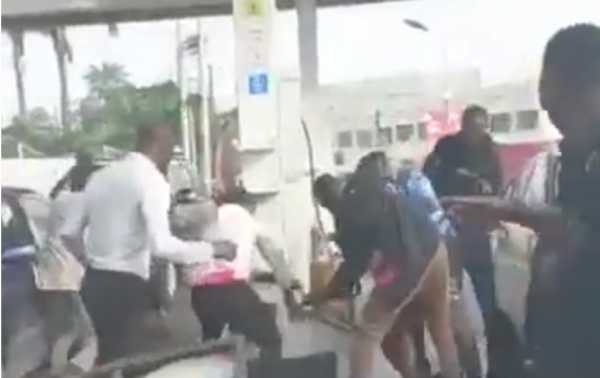 An unidentified woman have stirred chaos at AP Adova gas station in Falomo area of Lagos state, after  stripping herself bare to set the station ablaze.

The woman who is reportedly an attendant at the station, was captured in a viral footage holding the fuel nozzle, whilst spilling the contents, after stripping herself.

It took the help of bystanders and some motorist around to intervene by dragging the woman away from the filling station, thereby preventing her from causing a major disaster in the neigbourhood.

Recall that an unidentified couple had raised suspision some couple of weeks ago after they were seen walking unclad in Victoria Garden City (VGC), Lagos state.