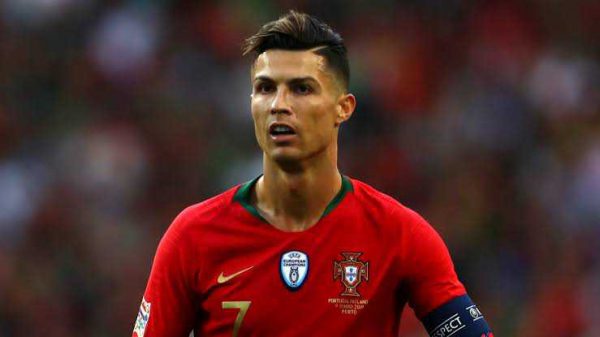 Cristiano Ronaldo has reportedly requested that Manchester United let him leave should they receive a satisfactory offer this summer, just one season after sensationally re-joining the club.

The 37-year-old only returned to Old Trafford from Serie A giants Juventus last summer.

Ronaldo score 24 goals in all competitions last season, 18 of those coming in the Premier League – which saw him finish as the third top scorer in the division.

The Portuguese superstar’s decision is said to be driven by his desire to play in the Champions League for the remainder of his career, according to The Times.

United failed to qualify for Europe’s elite club competition following a dismal Premier League season and will instead play in the Europa League next season.

Ronaldo has been part of 19 consecutive Champions League seasons since leaving Sporting Lisbon for English football in the summer of 2003.

The forward has made 183 appearances in the competition, notching 140 goals and adding a further 42 assists in that time.

He has never played in the Europa League, which United qualified for after finishing sixth in the Premier League.

Therefore the forward is keen on pursuing a transfer on sporting grounds.

Ronaldo is under contract with United until the summer of 2023 with an option for a further year.