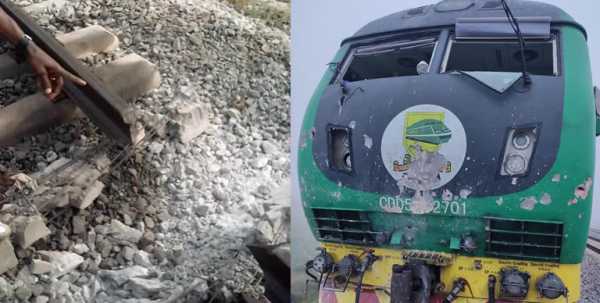 The names of the eleven Abuja-Kaduna passengers released by terrorists on Saturday has emerged.

Recall that the terrorists released some victims of the Abuja-Kaduna train attack.

The victims were released from the den of their abductors after spending 74 days in a terrorist’s den.

This news platform gathered that six females and five male victims of the train attack were released on Saturday.

The names of the freed captives:

The Publisher of Desert Herald, Tukur Mamu, served as a mediator in the deal that led to their release.

Recall that the Kaduna-bound train was attacked by some dreadful terrorists on March 28, 2022.

The assailants had opened fire on the moving train, killing at least nine people while they whisked away to an unknown location no fewer than sixty others including children and the elderly.