How this Saudi Doctor Became a Billionaire Overnight 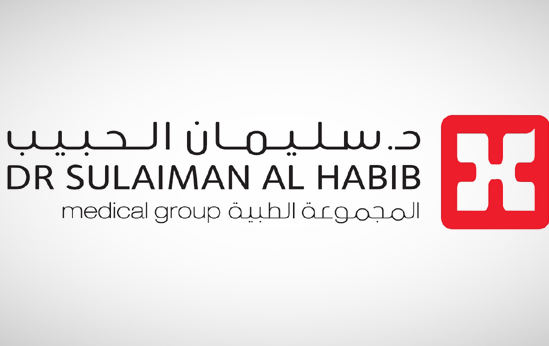 People choose medicine as a profession because they want to help people and secure a stable income. Doctor Sulaiman Abdulaziz Al-Habib has succeeded in both categories. The pediatrician from Saudi Arabia is one of the wealthiest physicians on the planet.

He achieved this after opening a private practice in 1993, which has grown into a medical group that owns and operates several hospitals and medical facilities in Saudi Arabia, the United Arab Emirates, and the Kingdom of Bahrain.

As a graduate of King Saud University, Dr. Sulaiman Al-Habib did not rush into a business career. The doctor did his pediatrics fellowship at the Royal College of Physicians in the UK and used the expertise to good measure in Riyadh. Al-Habib held the post of chief medical officer at a couple of government-owned hospitals before making the leap into the business sphere and founding the medical group.

Dr. Sulaiman Abdulaziz Al Habib’s company employs over 10,000 people, of which 2,000 are doctors, working in a network of hospitals, medical laboratories, and outpatient clinics. Apart from its hospitals, the corporation operates numerous pharmacies under the umbrella of companies owned by the medical group. The pharmacies are operated by the Middle East Pharmacies Company, Al Habib Pharmacies, and Afia Pharmacies Company.

A diversified portfolio is every investor’s dream, and Dr. Sulaiman Al Habib Medical Group incorporates numerous services and products. The medical group manages services for third parties and offers intensive care units, ambulatory transportation, and home healthcare service. In addition, IT services like cloud solutions are part of the repertoire.

The company also imports a wide range of products like medical, cosmetic, and herbal, plus medical equipment sold wholesale or retail.

The Road to Becoming a Billionaire

The private medical group was founded with a capital of SAR 100,000, and it got converted into a limited liability company in 2007. The next transformation arrived in 2013 when it evolved into a closed joint-stock company.

Since its establishment, the company has increased its capital 4 times. The first instance was in 2007 when it raised SAR 500,000. The next phase took place in 2013, spiking to SAR 2 million. At the beginning of 2015, it amounted to SAR 2.8 billion, while eight months later, it went to SAR 3.5 billion, divided into 350 million ordinary shares. This made it one of the most financially stable private companies in the Arab Peninsula.

Al-Habib is still the biggest shareholder in the corporation, and a significant stake of 33% is owned by Mohammed Abdulaziz Al Habib & Sons Holding. In total, 74% of the shares are in the hands of the Al Habib family, which is not unusual for a business founded as a sole proprietorship. Institutional investors own a small chunk, about 5%, which signals the company is on the radar of some funds. The group’s revenues and share price are increasing consistently and attracting new investors. In the first half of 2022, the company’s stock is being traded for SAR 222 or $59.

Shareholders are interested in investing in companies that show growth potential. In regards to this, Dr. Sulaiman Al Habib Medical Group is well-positioned to capitalize on the new wave of government policy that aims to increase the private sector partition in Saudi Arabia’s health care sector.

One of the world’s wealthiest nations is struggling with obesity, a condition that contributes to high diabetes rates among the young population. The latest studies show that 18% of adults have type 2 diabetes.

The Ministry of Health dominantly operates the healthcare sector in the Saudi Kingdom, and authorities fear that the increased demand will strain the current system and government finances. Plans are in motion to enable the private sector to take 35% market share by 2030.

With the rising government investments in the medical sector, the stock value of Dr. Sulaiman Al Habib Medical Group will grow, considering the corporation is the leading health care provider on the Arabian peninsula. As such, the company is becoming a more attractive and safe choice for the private sector and shareholders to invest in.

The good news for investors is that the stock value of this company is only going to go up from here. With the rising government investments in the medical sector, and Dr. Sulaiman Abdulaziz Al Habib at the helm of things, this corporation is poised for success!